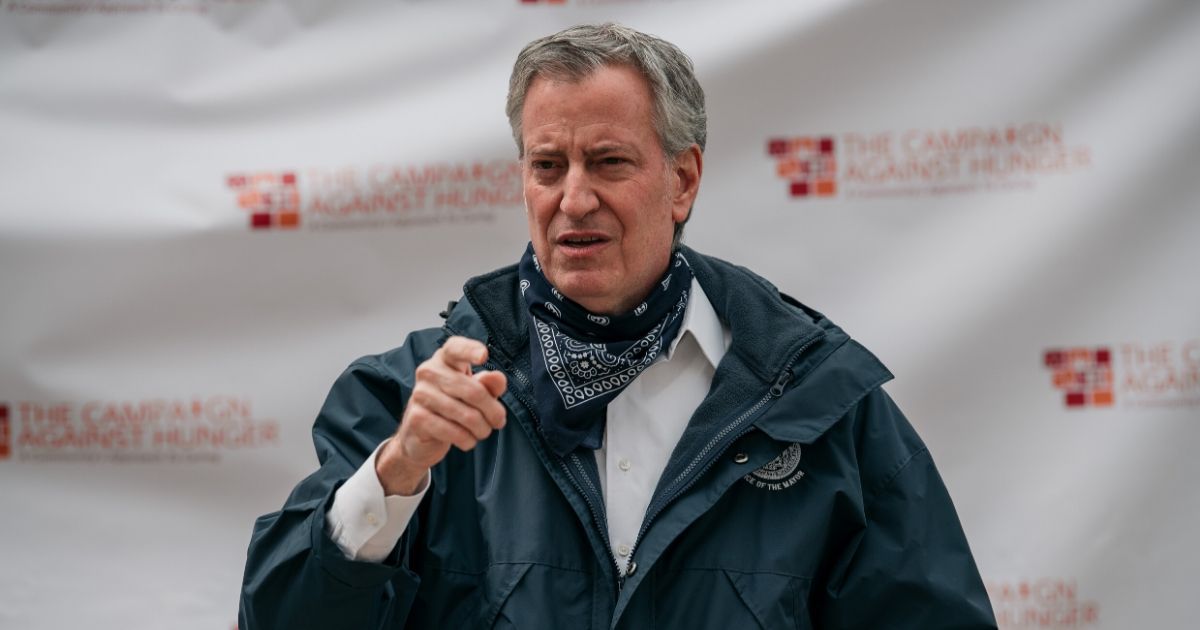 “We’re going to take that capital money and shift it into creating youth recreation centers,” he went on.

“The city is also poised to cancel the next two police academy classes — a savings of about $50 million — and transfer school safety officers from the Police to Education Departments, sources told the Daily News, a move trimming about $450 from the NYPD budget,” the Daily News reported.

In other words, de Blasio intends to shift a large chunk of police department funding into the city’s bloated and bureaucratic Department of Education.

At the very least, the mayor could let taxpayers keep more of their own money, but instead, he chose to divest from a legitimate government interest in favor of holistic approaches that will be useless.

Apparently, he and the city council did not study what happened to New York City in the 1970s. That decade was an era in which city officials tried to “understand” criminals and look for holistic approaches, leading to a city so dangerous it inspired films like “Escape from New York.”

The decision to cut police funding could not come at a worse time, as New York City is currently experiencing a terrible uptick in shootings.

Is de Blasio the worst mayor in the history of New York City?

Stripping the police department of its means to prevent violence will lead to a predictable bloodbath. There were already been 112 injured or killed in 83 shootings from June 19 – 28, according to WINS-AM.

On Sunday, the city’s Police Benevolent Association posted a video on Twitter of violent chaos in the city.

This is what a “light touch” looks like: Police officers responding to a shots fired job in Harlem last night were met with this. @NYCMayor, @NYCSpeakerCojo and company should be held responsible for surrendering our city. pic.twitter.com/R64BYTUhvY

As violent crime plagues New York City, 272 NYPD officers have already filed for retirement. No police officer wants to remain on a force where city officials will not back them.

Mobs and activists across the nation have been pushing for cities to defund police for weeks now, seemingly indifferent to the soaring crime rates that naturally result from such policies.

Protesters had been camped outside City Hall for days demanding the $1 billion funding cut. New York’s leaders, like other Democratic politicians in cities across the country, catered to the mob.

This is a disaster. After these cuts go through, poor and working-class communities will suffer most.

If I were a New Yorker with the means, I would look for a way to get myself and my family out of New York City as soon as possible.

And if citizens in other cities across the nation want to avoid the same tragic fate, vote out Democratic Party politicians whose policies would destroy this nation.