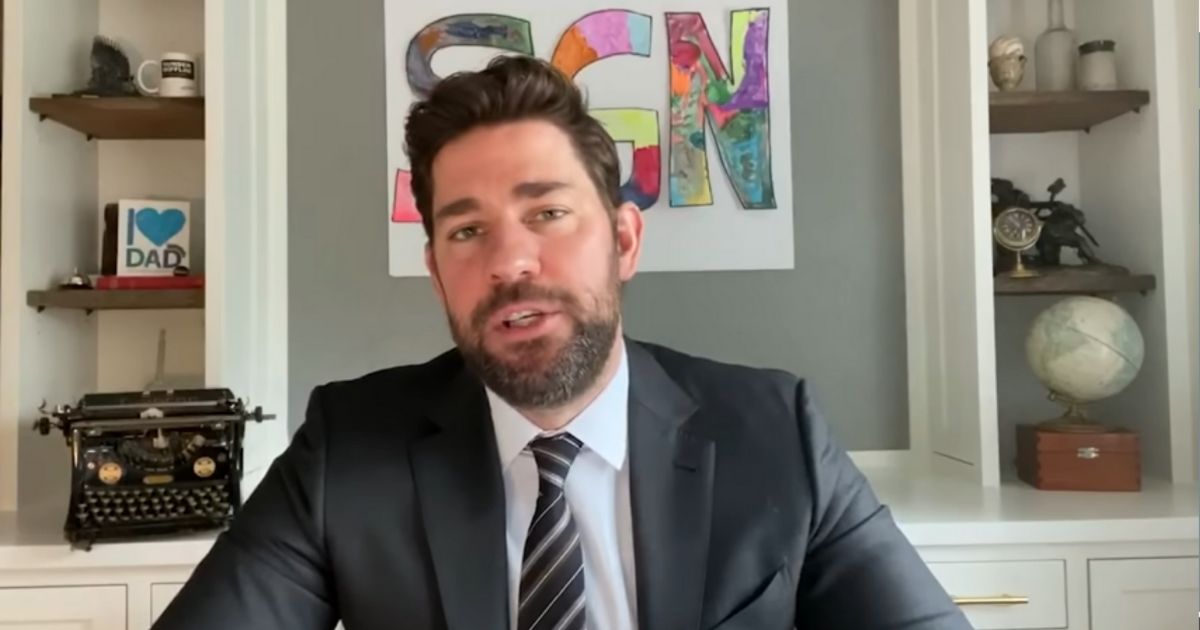 As people started to shelter in place, they turned their sights on hyper-local projects: house updates, landscaping and all those little chores that get put aside thanks to lack of time.

That held true for actors, too, who could no longer be on set because of social distancing. In March, “The Office” star John Krasinski showed up with an adorably low-budget production that started with a simple desire: To bring good news to people.

“Some Good News” instantly took off. Filmed in Krasinski’s living room with a sign designed by his kids, Krasinski shared user-suggested stories of goodness around the world.

“We would love to hear Some Good News and share it with the world,” the show’s description on YouTube reads.

His show was a much-needed breath of fresh air — the first episode has been viewed over 17 million times and the YouTube channel has 2.57 million subscribers.

With a total of eight episodes, though, the show is changing direction.

“Some Good News has always been … about YOU!” said the caption for the last episode, posted on May 17, 2020. “SGN wants to thank each and every one of you for being a part of this story.”

“For sending in your clips, weather reports, and art. For watching, laughing, crying, dancing, and celebrating with us. There IS always GOOD in the world! Now it’s time for everyone to continue to spread good news in their own ways. We’re taking a break for now, but there is more to come! Stay tuned.”

Some of that news is that the show has been sold. Whether or not that’s good news depends on who you ask.

“Could not be more excited and proud to be partnering with CBS/Viacom to be able to bring Some Good News to so many more people!” Krasinski said in a statement, according to The Hollywood Reporter. “From the first episode, our goal was to create a news show dedicated entirely to good news. Never did I expect to be joining the ranks of such a historic news organization as CBS.”

“Comedy Central Productions is excited to partner with John and bring his beloved Some Good News to audiences around the world through ViacomCBS’ family of brands,” Chris McCarthy, Entertainment & Youth Group president, said.

While Krasinski will no longer be the host, he will stay on as an executive producer and have “some sort of on-air presence.”

Apparently, he’s had plenty of offers to buy the show since he started it, and after a “massive bidding war,” it has a new owner in ViacomCBS.

Many viewers are concerned that the very qualities that make SGN a heartwarming show — the low budget, the homey setting and Krasinski’s upbeat and silly hosting — will be lost when produced on a larger level.

Saved the best for last! Episode 8 of @somegoodnews has to be my favorite because it celebrates the truth of what this show has always been. Never mine,always yours! There IS and ALWAYS WILL BE…good in the world! Thank you all! So long but not farewell! https://t.co/mEylhsDvic

Krasinski even appeared to be a little misty-eyed in his final sign-off, and posted on Twitter to encourage people with the last episode.

“Saved the best for last! Episode 8 of @somegoodnews has to be my favorite because it celebrates the truth of what this show has always been. Never mine, always yours!” he wrote.

“There IS and ALWAYS WILL BE … good in the world! Thank you all! So long but not farewell!”