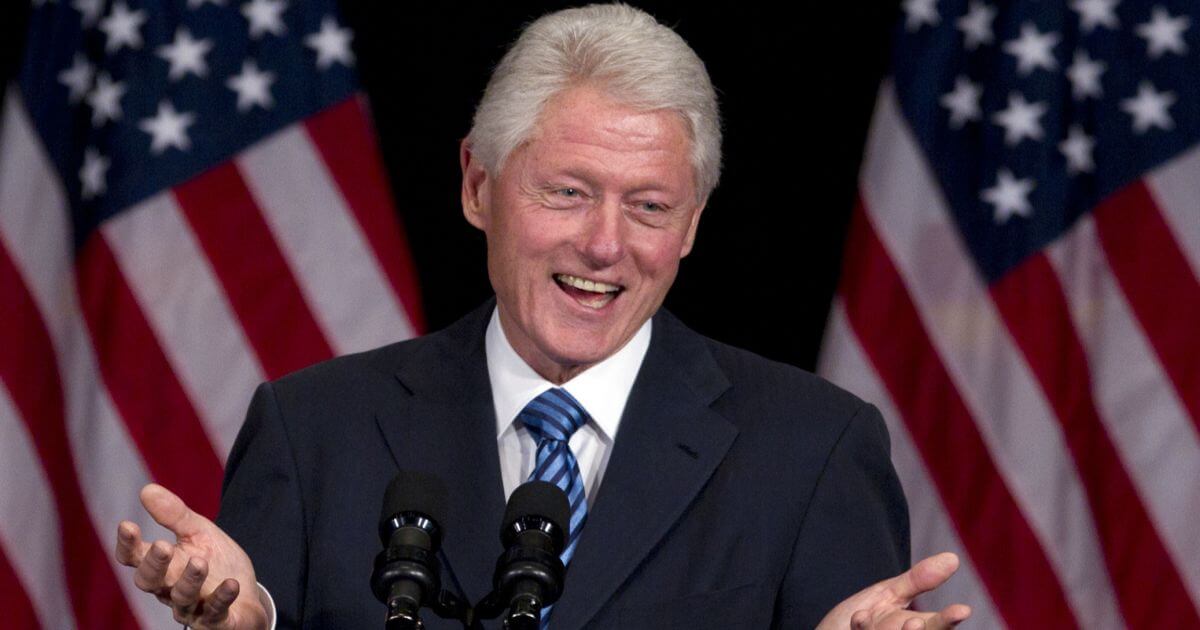 Bill Clinton’s flights aboard Jeffrey Epstein’s so-called Lolita Express plane have been a source of consistent embarrassment and conspiracy theorizing over the past few years, but the former president has insisted they were just that — flights.

Clinton claims he wasn’t friends with the convicted sex offender and alleged child sex trafficker. His involvement began and ended with the fact that he needed a jet, Epstein had one and they traipsed around the less fortunate parts of the world, trying to unlock the mysteries of how to stop HIV transmission. That was the end of it.

According to the U.K. tabloid The Sun, a witness in a Netflix documentary on Epstein said Clinton was present on Little St. James, the island owned by the millionaire financier.

“Steve Scully, now 70, who maintained the phones and internet on the island, claims in the Netflix show that he saw Mr. Clinton with Epstein sitting in the porch area of the island’s villa,” The Sun reported. “There were no other guests around at the time, he claims.”

Scully becomes the second witness to put Clinton on the island. Virginia Roberts Giuffre, who says she was one of Epstein’s sex slaves, wrote in a memoir that she saw the former president on the island with two young women.

However, Scully said he witnessed plenty of debauchery at Little St. James, including one naked man surrounded by three topless young women.

Do you think anything will happen to anyone associated with Epstein?

“You tell yourself that you didn’t know for sure and you never really saw anything, but that’s all just rationalization,” Scully said.

“Jeffrey Epstein, he was a guy who concealed his deviance very well — but he didn’t conceal it that well.”

Even one of the first profiles of Epstein, a Vanity Fair piece from 2003, noted the unusual number of young women who seemed to congregate around Epstein. We now know some of those women were really underage girls.

Clinton, of course, says he knew none of this. He just flew on Epstein’s plane a few times.

Granted, he flew on it more times than he had originally divulged. According to Fox News, he said he’d been on the plane 11 times. It turned out that was more like 26 times, including at least five occasions where he ditched the Secret Service — a highly unusual thing for a former president to do.

And who wouldn’t believe Clinton? He’s been so forthcoming involving Epstein thus far.

For his part, Clinton’s people have denied the charges made in the documentary.

“This was a lie the first time it was told, and it isn’t true today, no matter how many times it’s repeated,” Clinton spokeswoman Angel Urena said.

The thing is, we’ll likely never know one way or the other. Epstein’s suicide in a Manhattan jail cell at the age of 66 as he was awaiting sex trafficking charges — and the attendant strangeness that surrounded it — will be the stuff of theories for years to come.

When you factor in that Bill Clinton’s reputation precedes him, this is going to be something that dogs the former president for the rest of his life, especially if more witnesses come forward.