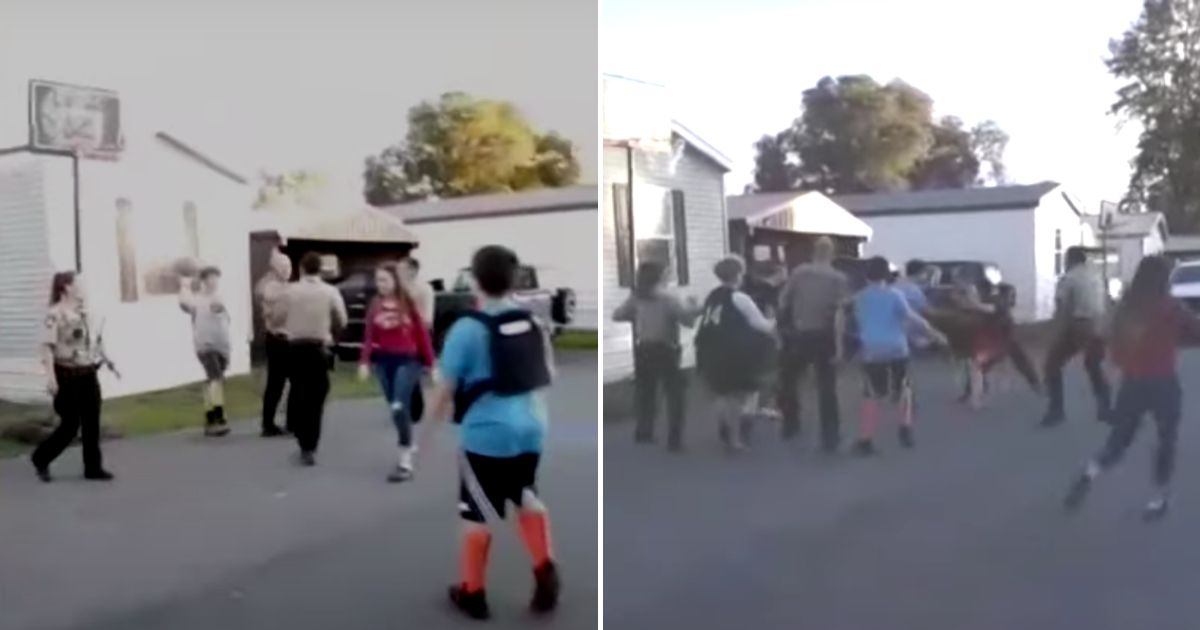 Montana news station KPAX-TV reported that a group of children was reported to the police for being too loud while playing basketball last week.

When the cops showed up on June 21 at Meadow Manor Village, a mobile home park, they recognized there was no real problem. The kids were just playing basketball.

So the officers decided to join the game instead.

After losing round one, the officers left, but promised to return with reinforcements to play the following day.

On June 22, the police officers not only came back to play basketball with the kids for nearly two hours, but they also let them try on a police vest and meet a K9 dog.

As the police cars left at the end of the evening, they turned on their lights and sirens in a parade-like fashion, promising to return for another game soon.

The scenes from the Montana neighborhood are a delightful example of police officers interacting with their community.

Still, one has to wonder why anybody would call the police over children playing basketball outside in the first place.

Is there a law against children having fun during the day?

The coronavirus pandemic has kept children cooped up inside for weeks.

Should police departments be defunded?

Children need to get outdoor exercise and let off energy.

Officers had the right response, engaging with the children and letting them know it is okay to play.

In an era when cops are being vilified, it is important to remember the vital and necessary role they play in our communities.

While a few bad cops exist, communities, including poorer and minority communities, rely on them for protection. We need more videos like this to remind us that police officers are public servants.

And we also need neighbors to encourage, not call-out, children enjoying themselves outdoors.