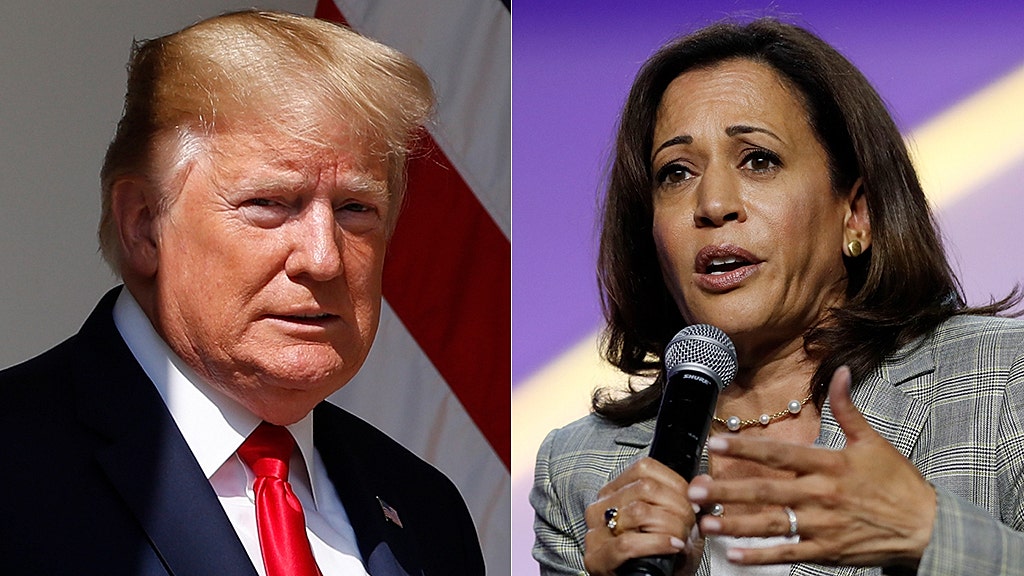 Sen. Kamala Harris has a long record of political stances from her prosecutor days that don’t quite square with her current national profile as a liberal champion — but one of the most awkward items from her past may be her acceptance of a $5,000 donation from Donald Trump nearly a decade ago.

Now, court records reviewed by Fox News have provided additional details about the circumstances surrounding the contribution from the man she wants to unseat in 2020 and whose policies she now calls “vile.”

According to sworn affidavits signed by Trump and his daughter Ivanka, disgraced former New York Attorney General Eric Schneiderman was behind the hefty contribution to Harris’ re-election campaign for California attorney general.

The affidavit was part of an ethics complaint against Schneiderman filed on Dec. 2, 2013, by Trump, who claimed the top prosecutor had given him the impression that his investigation into Trump University was over when it was not.

Trump argued in his sworn statement that given Schneiderman’s “persistent, unsolicited and unqualified reassurances that the investigation would never eventuate in a lawsuit, and my sincere belief that there was no wrongdoing on the part of [Trump University], I did not perceive any issue with trying to assist Mr. Schneiderman whenever I or other Trump Org. executives were able.”

He described one such case: the donation for Harris that a Schneiderman aide purportedly solicited and Ivanka helped arrange.

“Mr. Schneiderman’s former transition committee leader asked my daughter Ivanka if she would arrange for me to make a contribution to a fundraising event sponsored by Mr. Schneiderman for newly elected California Attorney General Kamala Harris,” Trump wrote.

“In response, I made a $5,000 contribution to Ms. Harris’ campaign—the highest level of sponsorship listed in the invitation—and Ivanka attended the event together with some of Trump Org.’s other top executives.”

Invitation to a fundraiser for Kamala Harris’ re-election campaign as California attorney general in 2011.

The 2011 donation is one of several Trump made to now-Democratic candidates for president that could cause lingering headaches for their campaigns — especially considering Trump likes to remind voters of the past financial help and favors he offered to figures who now fiercely criticize him.

But the Trumps donated to Harris’ attorney general re-election campaign three times. Aside from the $5,000 donation in 2011, Trump donated $1,000 on Feb. 20, 2013, and Ivanka Trump donated $2,000 on June 3, 2014. The Sacramento Bee and other publications reported on those donations earlier this year, but the affidavits provide more context for the transactions.

Those donations also could prove distinctly awkward for a candidate who lately has assailed Trump for his comments suggesting Rep. Ilhan Omar, D-Minn., and other minority congresswomen “go back” where they came from, fix things and return to show how it’s done.

But Harris did not publicly condemn Trump in 2011—when he was pushing “birther” conspiracy theories about former President Barack Obama. A spokesperson for the Harris campaign told The Sacramento Bee in March that Harris donated the $6,000 she received from Trump to a nonprofit that focuses on the rights of Central Americans but did not do so until 2015—one year after she won her re-election campaign.

It is unclear at this point if Harris ever returned or donated the $2,000 contribution from Ivanka Trump.

Asked Wednesday for any further comment on the donation, a spokesman told Fox News: “All Trump’s money was donated to an immigrants’ rights charity.”

“In response, my father made a $5,000 contribution to Ms. Harris’ campaign and I attended the fundraiser,” she continued. “At the event, an intimate gathering of New York business people, I was one of only a small handful of Mr. Schneiderman’s personal guests.”

Ivanka added that “not wanting to disappoint” Schneiderman, she “personally contributed $500 to Mr. Schneiderman’s reelection campaign in honor of his birthday.”

The $5,000 donation to Harris came amid Schneiderman’s investigation into Trump University after receiving complaints from nearly a dozen students about the school. It was not until August 2013 that Schneiderman filed a civil suit accusing Trump University of employing illegal business practices. The case ended in April 2018 with a $25 million settlement.

Schneiderman was later forced to resign from his post as New York’s attorney general in May 2018, after he was accused of physically abusing several women. An investigation launched by Gov. Andrew Cuomo ended in December 2018 and resulted in no criminal charges against him — the statute of limitations prevented any form of prosecution.

But Harris also led an investigation into several for-profit colleges, including Trump University, which was revealed in October 2013. No charges were filed in connection with the probe.