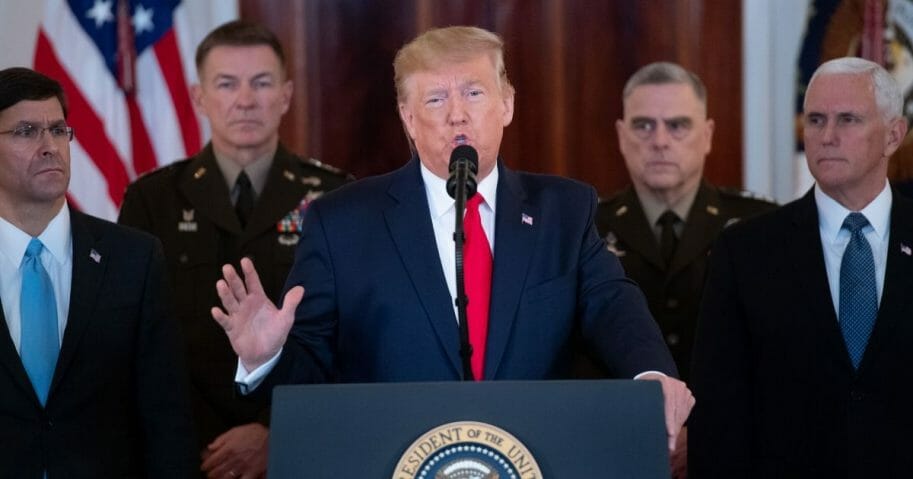 I am not what you would call an observant Jew.

But, being a baby boomer, I received the full Sunday School treatment from my parents and got, in those 10 years, what would probably be the equivalent today of an advanced degree in Judaism and the history of the Jewish people.

And I got from my late father, a World War II Navy veteran, a firm connection to one of the darkest periods of our modern world’s history.

Additionally, I met a distant cousin whom the Allies liberated from Auschwitz and who subsequently moved to the United States.

The impact on a young boy of seeing a serial number tattooed on a forearm is hard to overestimate.

American Jews with little real connection to World War II and the Holocaust are making a huge mistake by assuming it could never happen again — and certainly not in the United States.

Understand this: The Holocaust was not played out on a Hollywood sound stage. If you think it was, you are part of the problem, just as the Germans who allowed it to happen under Adolf Hitler. It’s history; it happened.

If you think it couldn’t happen again, here, you are not paying attention to the American left and those politicians, mostly but not exclusively on the left, who seem to be distancing themselves from Israel. The First Amendment is a beautiful thing. But what keeps us safe from the excesses of the First Amendment is the Second. And who wants to take away our guns?

Germany didn’t have a Second Amendment and the first thing Hitler did when he came to power was to remove private gun ownership.

One of the reasons the left can’t make another Holocaust happen here today is the fact that in America, we are pretty well-armed.

West of the Hudson River, east of the Los Angeles County line and south of Cook County is a whole nation unwilling to give up the practice of its Second Amendment rights.

And I’m guessing that much of Israel’s American support comes from that same large area.

Israel was established with the concept that Jews should have a homeland where another Holocaust could never happen. They became fierce warriors to ensure that. But the further people get from an event like the Holocaust, the less they are generally concerned with the consequences.

That’s one reason why you have Democrats coming out against President Trump taking out an Iranian general who would have gladly started up the gas chambers and ovens at Auschwitz had he been given the opportunity.

That’s also one reason why there is a certain amount of social tolerance when there are stabbings, shootings and other atrocities against Orthodox Jews in New York.

Jews everywhere should be lining up behind this president and making sure that he knows his foreign policy is appreciated.

As for Iranian retaliation, that’s what happens when a Little League team takes on the Yankees. The truth is that one button levels Tehran; another can level the Quds force.

And that’s before Israel gets involved.

Iran has got plenty of American blood on its hands over the past four decades. It seems only just to make it pay.

The views expressed in this opinion article are those of their author and are not necessarily either shared or endorsed by the owners of this website.