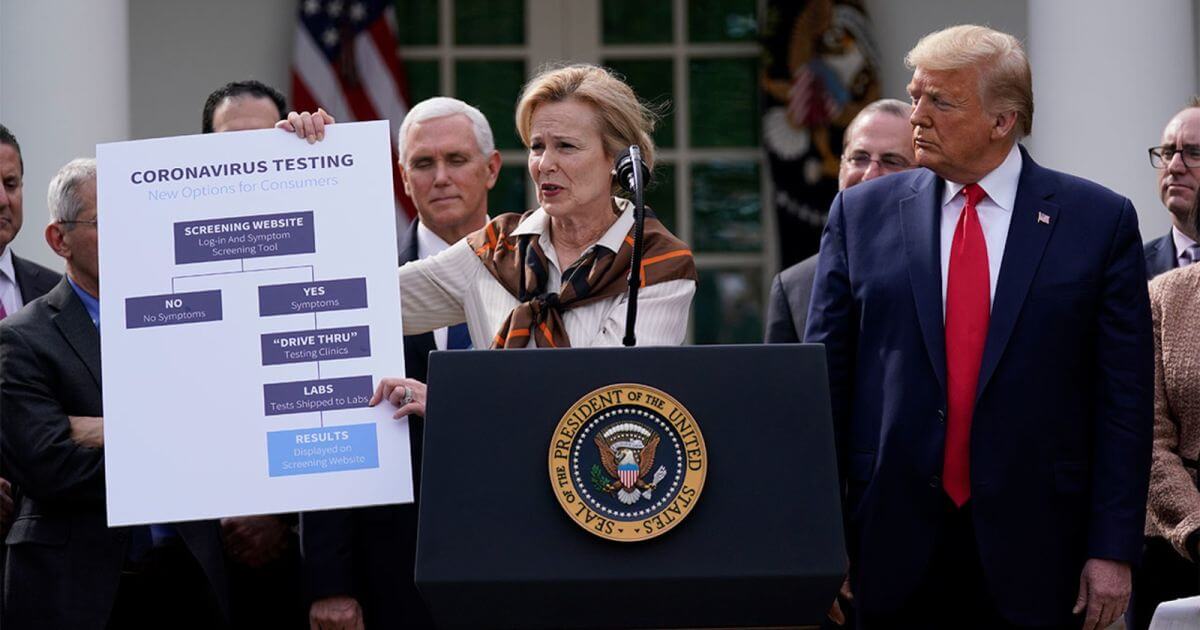 The global coronavirus pandemic should be a crisis that brings folks of all political stripes together against a common enemy. Unfortunately, with the establishment media suffering from Trump Derangement Syndrome, this is impossible.

As the coronavirus situation unfolds, the media narrative increasingly includes hysteria about shortages in lifesaving equipment with the implication that President Donald Trump is not doing enough.

Ventilators, in particular, have become a hot topic as they are necessary for patients who end up in intensive care units with complications due to coronavirus. Recently, Trump and New York Gov. Anthony Cuomo were locked in an argument over whether the state needs more of them and if so, whose fault it is.

Of course, as these situations often do, it may have turned out to be a bureaucratic foul-up in New York whereby the state’s ventilator stockpile was temporarily misplaced.

Public discussions about shortages of ventilators and other equipment are counterproductive as they just fuel panic.

In an effort to damage Trump’s presidency, the media irresponsibly put forth their narrative to a frightened public.

Do you support Dr. Birx’s efforts?

With all of the misleading coverage circulating, the president’s son, Donald Trump Jr., also took to Twitter on Friday with a perfect video to set the record straight.

“Every American needs to know this,” he wrote. “You won’t hear it on CNN. They are only playing bad news.”

Every American needs to know this. You won’t hear it on CNN. They are only playing bad news. https://t.co/jqMTP9yGi1

Birx contradicted news of dire shortages in New York state and explained that the country is nowhere near implementing drastic measures.

“There are still ICU beds remaining and there’s still significant — over 1,000 or 2,000 — ventilators that have not been utilized yet,” Birx said of New York, according to a White House transcript of the briefing.

She implored the media and others spreading falsehoods about hospitals being forced to issue “do not resuscitate” orders for patients due to a lack of equipment to cease and desist.

“There is no situation in the United States right now that warrants that kind of discussion,” she said.

As Birx said at the briefing, just because cities such as New York may be short on ventilators in reserve doesn’t mean there won’t be enough if and when the time comes.

“There are other parts of the states that have lots of ventilators and other parts of New York State that don’t have any infections right now,” she said.

“So we can be creative. We can meet the need by being responsive.”

Birx is right: State leaders such as Cuomo are in charge of figuring out how to shift resources already in their state to meet changing needs. The federal government is only there to provide the next level of assistance.

Trump is using the federal government as it was intended.

He has mobilized federal forces such as the Army Corps of Engineers to build field hospitals for New York, but is shifting responsibility back to state governments in more local matters where they belong.

Despite the media continually hammering Trump on his response to coronavirus, even Cuomo has praised the president for all he’s done for the state.

This situation is unprecedented, but so far Trump has done a great job. His administration is demonstrably prepared and doing all it can to reassure the public, but the president is not a micromanager and expects state leaders to pull their weight.

It’s that kind of leadership that made Trump a successful businessman, and what continues to serve him well as the leader of the free world.