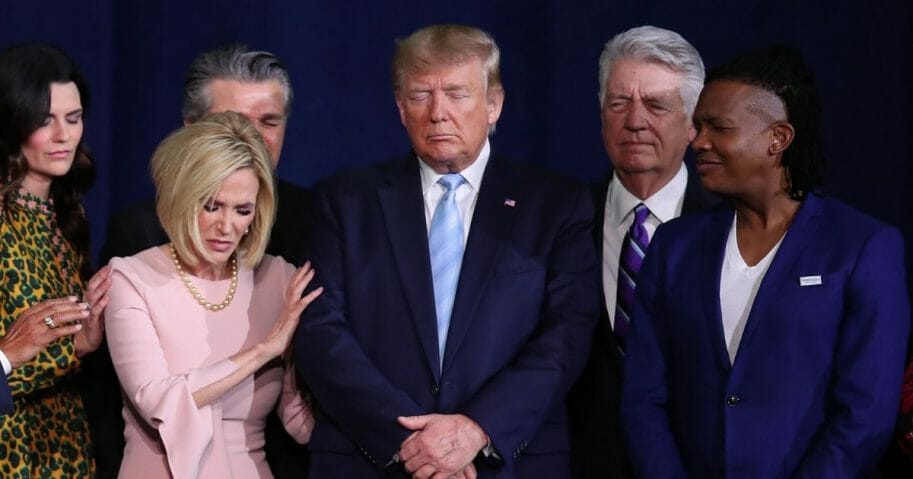 Donald Trump is a true champion of religious liberty whose first three years in office have been an uninterrupted march of progress for all Americans of faith — especially those whose values and beliefs routinely come under assault from the radical left.

I’m a member of the Evangelicals for Trump coalition because it’s vitally important to make sure voters are aware of everything this president has done to preserve and protect one of the cornerstones of our way of life.

Evangelical Christians, who were repeatedly targeted with policies designed to curtail their freedom to live according to the tenets of their faith throughout Barack Obama’s presidency, once again have a champion in the White House who is committed to protecting the lives of the unborn, ending religious persecution at home and abroad and appointing federal judges who will uphold a robust understanding of the First Amendment’s protections for people of faith.

One of President Trump’s first official acts was to reinstate the “Mexico City policy,” ensuring that the billions of dollars worth of foreign aid that American taxpayers generously provide to struggling countries all over the world cannot be used to fund abortions. The White House later expanded this policy by cutting off funding to foreign organizations that promote or perform abortions.

This president has also implemented numerous initiatives to defend the sanctity of life here in the United States.

By signing H.J. Res. 43 into law, for instance, he restored the power of individual states to defund certain abortion facilities that participate in federally funded family-planning programs.

Most importantly, though, President Trump is reshaping the federal judiciary in a way that will cement this progress in place for at least a generation to come.

In addition to adding two reliably pro-life justices to the Supreme Court, he has appointed many pro-life judges to lower courts — which are arguably even more important, since they are the first to adjudicate issues large and small.

Those judges will be an important bulwark against the left’s inevitable efforts to roll back the Trump administration’s successful policies repealing draconian Obama-era restrictions on religious groups and organizations.

The president’s executive order on religious liberty in May 2017, for instance, restored access to disaster aid for houses of worship — aid that had been categorically denied by the previous administration. Similarly, the order eliminated regulations that would have compelled religious organizations such as the Little Sisters of the Poor to violate their religious beliefs by complying with Obamacare’s so-called “contraceptive mandate.”

That executive order also included an impressively prescient provision reiterating the right of religious institutions to exercise their First Amendment rights to support candidates and causes that align with their values.

When President Trump signed that order over two and a half years ago, few could have predicted that the Democrats would be so bold as to suggest a punitive “church tax” on institutions that deviate from the left’s radical agenda.

Donald Trump once said that faith “breathes life and hope into our world,” and that Americans “must diligently guard, preserve, and cherish this unalienable right.”

The President has backed up that rhetoric with bold and decisive action, and the Evangelicals for Trump coalition will spend the next 10 months making sure that Americans of faith are aware of everything this administration has done to promote and protect religious freedom.

President Trump’s record on religious liberty is unparalleled, but evangelical voters still need to do their part to help save this country from those who disdain religion in general and Christianity in particular.

Re-electing Donald Trump in 2020 is the strongest weapon we can wield against those who would wage war on religion.