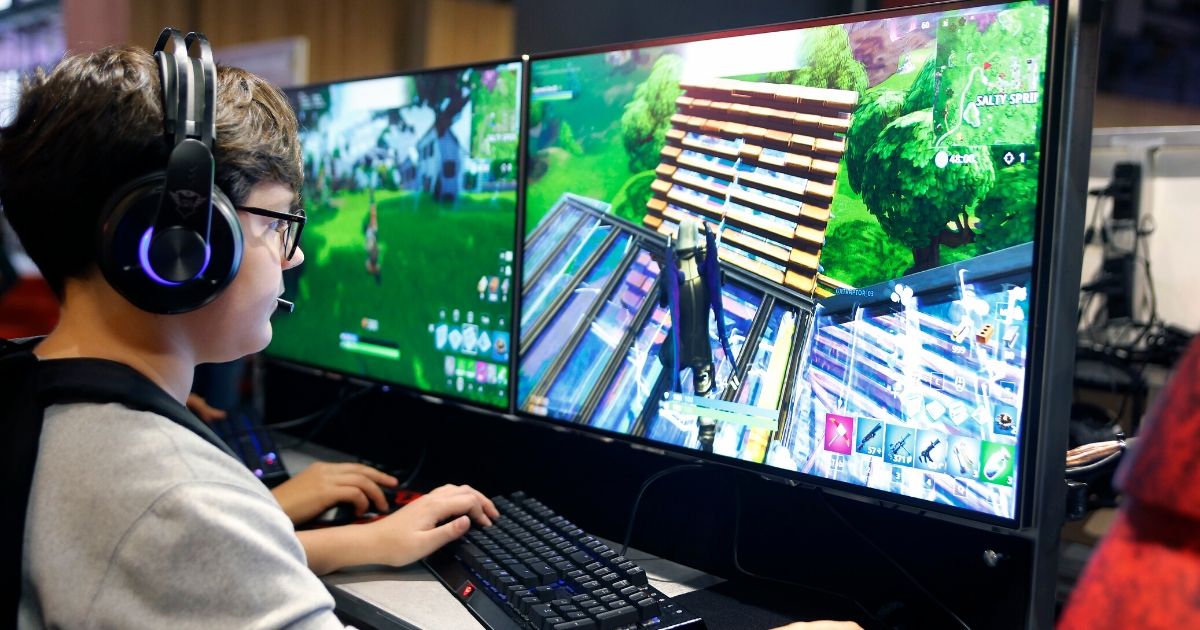 “Fortnite” is a popular game for kids, and even some adults.

But players noticed something was missing from the game when it updated this month, and it is raising some eyebrows.

The game, if you aren’t familiar, sees 100 players drop from a flying school bus onto a map where they scrounge for gear and weapons before battling it out as the playing area shrinks.

The last team or player standing at the end of each game is declared the winner.

It’s a silly, cartoonish game that — like most things for kids — is fine in doses.

I’ve played it with my son for several years now on the Xbox console, and the guns in the game don’t bother me a bit.

As a proud gun owner, I’ve taught my children the dangers of guns, as well as the necessity to own them. They are well aware that the guns in games are to be differentiated with the ones I carry and shoot.

But what is missing from perhaps the world’s most popular game isn’t guns.

Fortnite’s vast collection of decorative police cars is now gone, without a clear explanation, which is leading game bloggers, players and gun-toting dads to wonder why.

Would you let your children play ‘Fortnite?’

The video game blog Kotaku noted that when the game updated on June 17, the police cars that once lined some streets on the game were gone.

“‘Fortnite’s map used to be littered with police cars, along with other vehicles like trucks, passenger cars, and ice cream trucks,” the blog reported.

“While there are still some vehicles on the map after this week’s update, players — the staff of Kotaku included — haven’t been able to find any police cars on the battle royale island. There aren’t any to be found in Creative mode either,” the blog added.

Game blogger Riley MacLeod noted after looking into the issue in the game mode where players are not engaged in battle, police cars can no longer be used to decorate a player’s game in the open Creative mode.

“I tested a dozen junk rifts in Creative mode myself, but I never saw a police car,” MacLeod wrote.

I ran through the game a few times in each mode and I noted the same result; decorative cop cars have been scrubbed from the map.

Amid nationwide civil unrest following the death of George Floyd in May, and as sentiment against law enforcement that is spreading like a Chinese virus throughout the country, would the “Fortnite” developer, Epic Games Inc., really decide that police cars are a bridge too far in a game where kids mow each other down with green automatic weapons?

Yes, according to a report from The Wall Street Journal.

“I wouldn’t say it’s a political statement. I think it’s just us being sensitive about the issues many people in our audience are dealing with” https://t.co/oH6anrn5wi

The outlet reported the removal of police cars was a direct response to Floyd’d death while in police custody.

The Western Journal has reached out to Epic Games for comment.

In a June 3 statement, prior to the removal of police imagery on the game, Epic, like all good virtue-signaling companies, apparently felt compelled to comment on Floyd’s death.

“Recent events are a heavy reminder of ongoing injustices in society, from the denial of basic human rights to the impact of racism both overt and subtle against people of color. We’re acutely aware of the pain our friends, families, team members, players, and communities are experiencing,” the company told the “Fortnite” community in a statement.

“We believe in equality and justice, diversity and inclusion, and that these fundamentals are above politics,” the statement added. “The team is eager to move Fortnite forward, but we need to balance the Season 3 launch with time for the team to focus on themselves, their families, and their communities.”

While the company didn’t explicitly state that it would remove cop cars, they are gone from “Fortnite.”

The game industry has taken notice.

“Fortnite” boasts 350 million users, and the game is marketed to kids.

Apparently the company’s response to ongoing nationwide violence against police officers and a coordinated effort by Black Lives Matter and other radical left-wing groups to destabilize the country is to subtly remove all things related to police officers.

The company wants your kids or grandkids to fight to the death in a virtual battle to the last child, and begs them to spend your money on worthless in-game currency while doing so.

That’s of course after they jump out of a school bus.