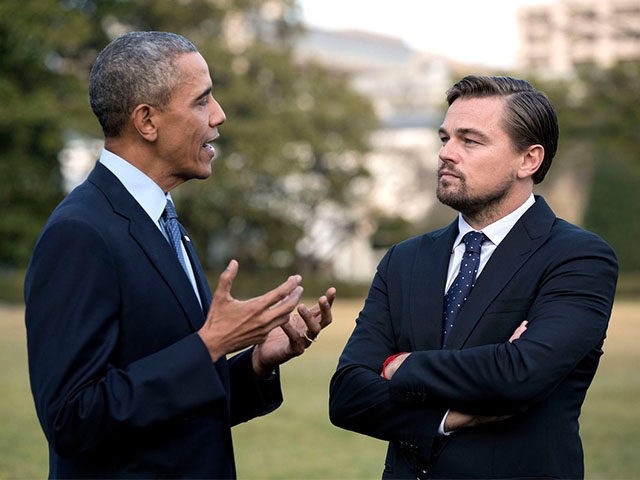 The great and the good from the worlds of business, finance, politics, entertainment, and European royalty have descended on the Sicilian seaside for a billionaire’s-only party dubbed Google Summer Camp.

Google co-founders Larry Page and Sergey Brin have invited a who’s who of A-list names — including former President Barack Obama, Prince Harry, Leonardo DiCaprio and Katy Perry (to name a few) – to their annual deluxe climate chat, according to the New York Post,  each and every one charged with the responsibility of helping the rest of humanity find ways of fighting climate change.

Traditionally held every year at the end of July, the famed Verdura Resort hosts the top-secret gathering, with the three-day summer camp costing the tech giant some $20 million, sources told the Post.

Many of the guests, including Obama and DiCaprio — who has his own climate change foundation — have described global warming as the biggest threat to future generations.

According to Italian press reports, the attendees were also expected to show up in 114 private jets, of which 40 had arrived by Sunday.

The Post found that 114 flights from Los Angeles to Palermo, Italy, where guests landed, would spew an estimated 100,000 kilograms of CO2 into the air.

Flying to and from climate change talks is nothing new to the global elites.

At least 1,500 private jets descended on Davos and nearby airports in Switzerland in January as the international financial and political elite gathered for their annual talk about global climate challenges.

Davos is a small town in the Swiss Alps, around 92 miles south-east of Zurich, and an easy taxi ride from a host of commercial airports.