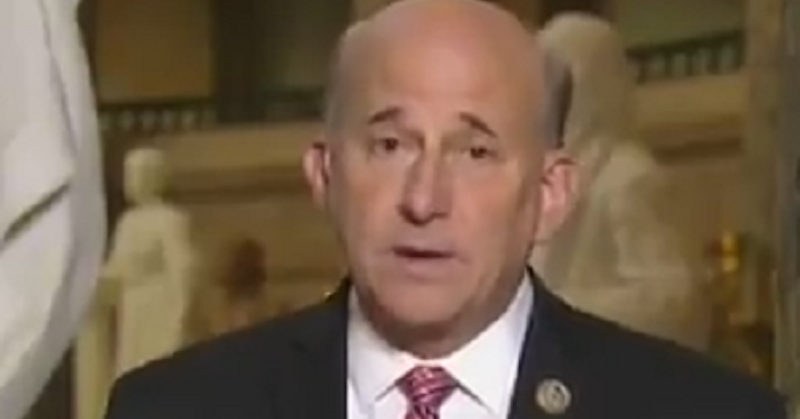 During his opening remarks, Ayer said Attorney General William Barr “poses the greatest threat in my lifetime to our rule of law,” according to The Washington Post.

Ayer was piling on claims about Barr and sailing past the five-minute limit for his opening statement when Gohmert acted.

The Texan began tapping on his desk.

Finally, as the tapping began to get to Ayer, Judiciary Committee Chairman Rep. Jerrold Nadler of New York called for “regular order.”

Nadler told Ayer to continue, and he did.

But so did Gohmert.

“Mr. Chairman, I would ask that the sergeant-at-arms be called upon to stop the disruption of this meeting. I can’t hear this witness. This is a very important witness,” he said.

Gohmert was ready with a response.

Nadler told Gohmert he would be the one to enforce the five-minute rule.

“Mr. Chairman, this is outrageous,” Gohmert said. “Do you have no respect for the rules whatsoever. He’s two minutes beyond concluding and you don’t let us have that kind of time. You gavel down immediately. You’re being grossly unfair. This man had a written statement and he knew to cut it to five minutes. He couldn’t do it.”

Gohmert then waved his hand in frustration.

“Either we have rules or we don’t,” he said.

As Ayer went on to accuse Barr of lying, Gohmert returned to noise-making.

“Mr. Chairman, there’s not order in the room,” one member of the committee remarked.

“No there’s certainly not,” Nadler carped.

“The witness will conclude,” he said after the interruption.

“That’s what you said a while ago and he didn’t conclude,” Gohmert replied.

Gohmert was quiet for a moment, then resumed his tapping as Ayer finished.

After Nadler sought to move past a request from Johnson to have Gohmert removed, Republican Rep. Doug Collins of Georgia disrupted until given the chance to speak.

He told Nadler that the New York Democrat did not have to the power to “capriciously determine the five-minute rule.”