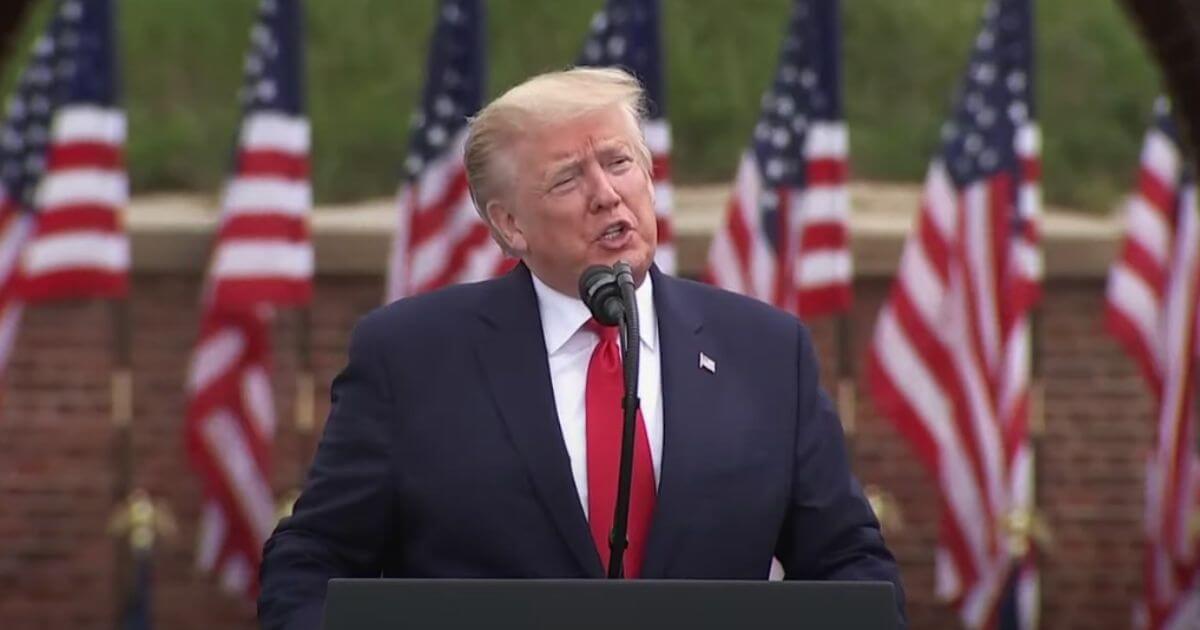 Since his election, President Trump has sought to dismantle the political establishment in Washington, D.C. “Drain the Swamp” is now a rallying cry for a reason.

But the Washington swamp is resilient. Former Defense Secretary James Mattis recently lashed out at his former employer, claiming President Trump is “mak[ing] a mockery of our Constitution” for defending law and order at a time of social unrest. Republican Sen. Mitt Romney of Utah, a fervent anti-Trumper, also toed the establishment line: He not only refused to support President Trump’s re-election campaign but also denounced the ongoing Hunter Biden probe as politically motivated.

Unfortunately, parts of the Washington swamp have oozed their way back into President Trump’s orbit. In 2016, President Trump had no “official” super PAC. Various political organizations, including my own Great America PAC, competed to best serve the Trump election.

That competition worked. In 2016, Great America PAC emerged as America’s top pro-Trump super PAC, because our competitors brought out the best in us. This helped President Trump win 63 million votes in the process.

However, times change. For the past three and a half years, the “official” America First Action PAC has not been exposed to the same competition to sharpen its approach and help serve President Trump to the utmost. While America First is on the right side of the political debate, the PAC’s establishment mindset—evident in its spending inefficiency—makes it an ineffective servant to the re-election of President Trump.

According to the most recent campaign finance reports, America First spends nearly half of its funds to cover operating costs. About 50 cents of every dollar contributed is spent on voter contact that actually supports President Trump and other Republicans.

This is an uncommon strategy for a super PAC devoted to re-electing the president. Great America PAC, for example, spends 18 percent of its funds to cover operating and fundraising costs, leaving millions of dollars for direct pro-Trump advocacy.

In his fight against the Washington swamp, President Trump needs anything but an establishment-style super PAC carrying his water. Nor does he need an “official” pro-Trump PAC courting $1 million contributions from Georgia Sen. Kelly Loeffler’s husband while she is caught up in an insider trading scandal. Loeffler is also running against Georgia Rep. Doug Collins, one of President Trump’s most ardent and effective backers during the impeachment process.

For a pro-Trump super PAC to align itself with the unelected Sen. Loeffler only diminishes President Trump’s swamp-draining credibility.

To maximize their impact, pro-Trump super PACs must also balance their critiques of Biden’s platform with a defense of the Trump agenda. Attacking Biden is part of the strategy, but President Trump needs to be proactively protected from the liberal media’s daily attacks.

Of the $18 million in spending reported by America First, only $45,000 (0.2 percent) has been in support of President Trump. This is simply not enough.

Fortunately, President Trump knows all of this. The Trump re-election campaign is thought to be in the midst of a major reshuffling in an attempt to get back on message. Perhaps America First needs the same reshuffling.

As the manager for President Reagan’s 1984 re-election campaign, I have a keen understanding of the balance President Trump and his campaign must strike. They must reclaim the message that won him the White House, tout the significant progress made during his first term, and emphasize the need to continue that progress beyond 2020. All the while, the Trump campaign must retain its credibility by resisting the temptation of the establishment and its high-dollar donations.

It is not easy to weave these critical components together into a clear and compelling strategy. But it can and must be done. There is simply too much at stake, with America at a socioeconomic crossroads and a mentally unfit Democratic candidate vying for a return to his hazy memories of the Obama days.

For President Trump, recapturing his 2016 magic can only happen by going back to his roots. And that means rejecting the Washington swamp — one last time.