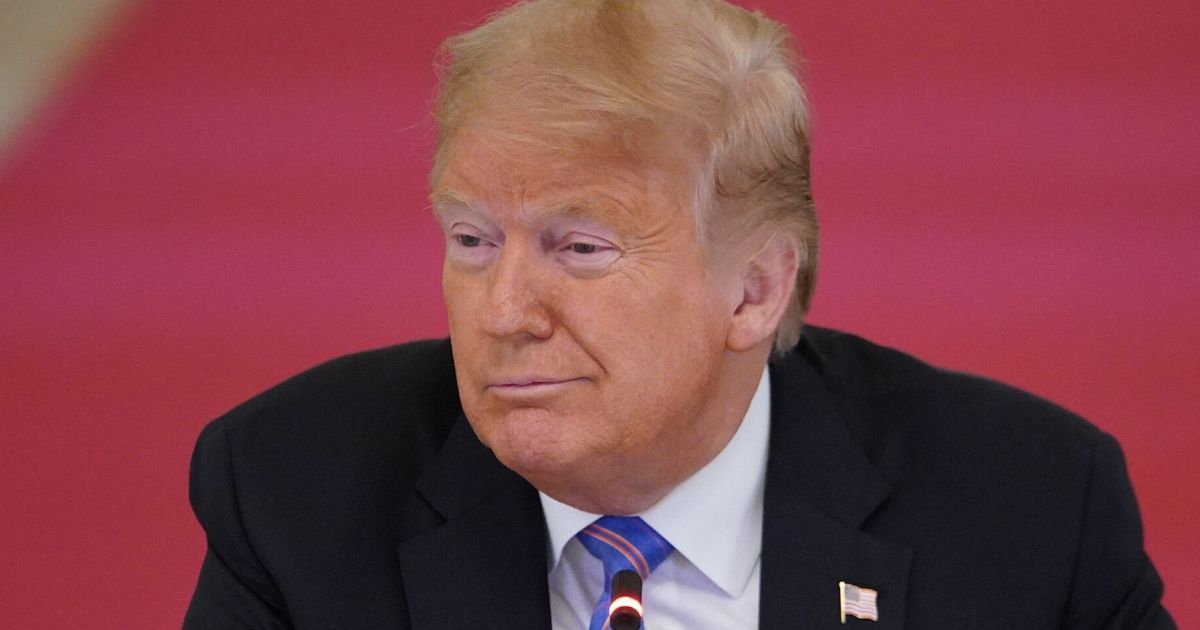 A New York judge has granted a temporary restraining order preventing the publication of a book written by President Donald Trump’s niece that aims to release supposedly embarrassing allegations about the Trump family.

Mary Trump, the daughter of the president’s late older brother, Fred Trump Jr., has teased a tell-all that targets her family.

The book, titled “Too Much and Never Enough: How My Family Created the World’s Most Dangerous Man,” was due out on July 28 before the state Supreme Court justice ordered that it remain under wraps.

Bloomberg reported that Mary Trump and the book’s publisher, Simon & Schuster, were ordered Tuesday by Justice Hal Greenwald in Poughkeepsie, New York, to refrain from releasing the book or any excerpts at all.

That order also bars the president’s niece from releasing any information in the book to the media.

A lawsuit filed by Robert Trump, the president’s younger brother, argued that the information in the book was a violation of a 20-year-old secrecy agreement.

An attorney for Mary Trump vowed to file an appeal.

“This book, which addresses matters of great public concern and importance about a sitting president in an election year, should not be suppressed even for one day,” attorney Theodore Boutrous said in a statement to Bloomberg.

Representatives for Simon & Schuster told Bloomberg the publisher is “disappointed” by the judge’s decision and vowed legal action.

Do you support the judge’s decision to block Mary Trump’s book?

“We plan to immediately appeal this decision to the Appellate Division, and look forward to prevailing in this case based on well-established precedents regarding prior restraint,” the Simon & Schuster representatives said.

According to the report, Mary Trump alleges in the book that the family mistreated her father, which she says led to his death. Mary Trump also describes the president as “the world’s most dangerous man.”

Donald Trump has spoken about the death of his brother at the age of 42 in 1981.

In 2017, the president discussed Fred Trump’s struggle with alcoholism, according to an official White House transcript.

“I learned, myself — I had a brother, Fred — great guy, best-looking guy, best personality — much better than mine. But he had a problem. He had a problem with alcohol, and he would tell me, ‘Don’t drink. Don’t drink.’ He was substantially older, and I listened to him and I respected, but he would constantly tell me, ‘Don’t drink.’ He’d also add, ‘Don’t smoke.’ But he would say it over and over and over again,” the president said.

Mary Trump also will explain in the book how she has provided The New York Times, one of Trump’s biggest enemies in the media, with tax information meant to harm him and her family, Bloomberg reported.

The book’s publisher described it as a “revelatory, authoritative portrait of Donald J. Trump and the toxic family that made him,” according to The Hill.

Simon & Schuster further said Mary Trump, “a trained clinical psychologist and Donald’s only niece, shines a bright light on the dark history of their family in order to explain how her uncle became the man who now threatens the world’s health, economic security, and social fabric.”

*Mary Trump spent much of her academic & professional life studying personality disorders and family dysfunction.
*That training came in handy when she wrote her book: “Too Much and Never Enough: How My Family Created the World’s Most Dangerous Man”.https://t.co/KeZE1iLyc8 pic.twitter.com/xYqWbfvOID

Charles Harder, an attorney for the president, is representing Robert Trump in the case.

“We look forward to vigorously litigating this case, and will seek the maximum remedies available by law for the enormous damages caused by Mary Trump’s breach of contract and Simon & Schuster’s intentional interference with that contract,” Harder told The Hill.

“Short of corrective action to immediately cease their egregious conduct, we will pursue this case to the very end,” he said.

Mary Trump reportedly joined other members of the Trump family in signing a nondisclosure agreement following the death of Trump’s father, Fred Trump Sr., in 1999.

Forbes reported that Mary Trump sued her brother’s siblings, including Donald, in 2000 seeking assets from her grandfather’s estate.