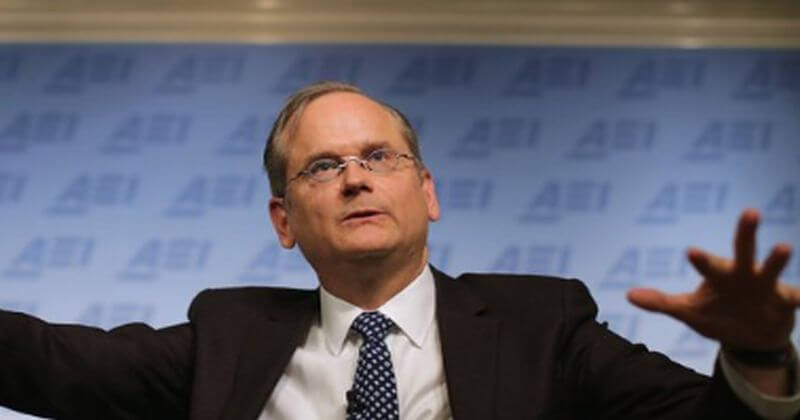 In a hilarious turn of events a prominent leftist Harvard professor is suing the NYT because he doesn’t like the way they framed the story, as Reuters reports:

“A prominent Harvard Law School professor sued The New York Times on Monday, claiming it engaged in “clickbait defamation” by falsely suggesting he once approved of accepting donations from the late accused sex offender Jeffrey Epstein.

Lawrence Lessig said the Times published an article headlined “A Harvard Professor Doubles Down: If You Take Epstein’s Money, Do It In Secret” last Sept. 14 with reckless disregard for its truth.

He also said it refused to change the headline and first paragraph after he told the paper they falsely suggested he defended soliciting donations from Epstein.

Lessig’s lawsuit is arguing for a precedent that would allow people to sue journalists if they don’t like the framing of a story. https://t.co/4kmkrFmC6N

A Times spokeswoman said: “Senior editors reviewed the story after Professor Lessig complained and were satisfied that the story accurately reflected his statements. We plan to defend against the claim vigorously.”

The Times article was published six days after Lessig wrote an essay on Medium supporting his friend Joichi Ito, who resigned as director of the Media Lab at the Massachusetts Institute of Technology after accepting donations from Epstein.

Lessig had written it was a mistake to solicit the donations, but also wrong for Ito to be “scapegoated.”

The Times article began: “It is hard to defend soliciting donations from the convicted sex offender Jeffrey Epstein. But Lawrence Lessig, a Harvard Law professor, has been trying.”

Lessig accused the Times of embracing clickbaiting, “the use of a shocking headline and/or lede to entice readers to click on a particular article,” despite being “fully aware” that the practice could harm the reputation of its targets.

The complaint calls Lessig a “nationally prominent professor and legal scholar with a large social media following,” and his Harvard biography quotes the New Yorker calling him “the most important thinker on intellectual property in the Internet era.”

It is unclear whether Lessig is a “public figure” who must show the Times acted with actual malice in publishing its article.

Lessig said in an email that if the Times knew before and after publication of its article’s “falsity,” as he alleged, “there’s no reason that knowledge should have affected their obligations.”

Now THIS is funny, so grab some popcorn, this should be good and we’ll update you as this hilarious case progresses.