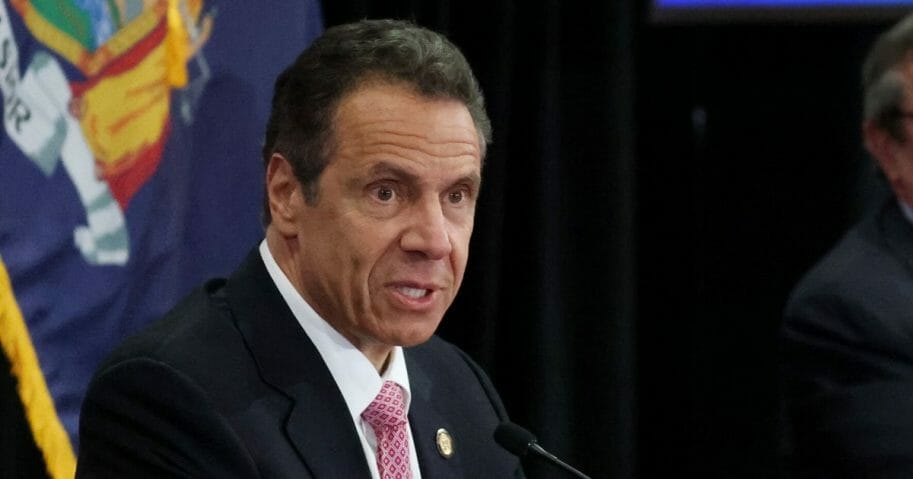 The mainstream media is still a powerful entity in America, even as its influence wanes in favor of social media.

And the curious part is that the poll numbers are mirroring the death toll numbers in both those states.

Florida, with a slightly higher population than New York, has not seen anywhere near the catastrophe that New York has. As its cases have declined, so have its governor’s poll numbers.

Yet as New York deaths continue to mount and new cases arise, Cuomo has enjoyed a monumental surge in his approval ratings.

In January, a poll from the Florida Atlantic University Business and Economics Polling Initiative showed Gov. DeSantis with 48 percent approval versus 28 percent disapproval. That survey had a margin of error of plus or minus 2.6 percentage points.

A University of North Florida poll conducted in February found that 64 percent of Floridians strongly or somewhat approved of DeSantis while 21 percent disapproved. That survey had a margin of error of plus or minus 3.6 percentage points.

But now, after mounting criticism by the media, the governor’s poll numbers have taken a significant hit, though he remains popular.

A just-released St. Pete Polls survey found that the governor had slipped to a 53 percent approval rating and his disapproval rating had grown by double digits to 38 percent. That survey had a margin of error of plus or minus 1.3 percentage points.

Do you think the establishment media helped prop up Cuomo’s poll numbers?

Yet as of this writing, Florida has 38,828 confirmed cases of COVID-19 with 1,600 deaths in a state with a population of approximately 21 million, according to Johns Hopkins.

In New York, with an estimated population of 19 million, there are approximately 330,000 confirmed coronavirus cases and over 21,000 deaths.

The most recent Quinnipiac University poll, conducted between April 30 and May 4, showed that the New York governor has a 72 percent job approval rating and an 81 percent approval rating for his handling of the coronavirus crisis. The poll’s margin of error was 3.2 percentage points.

How, judging by the sheer numbers, can this be possible? It is shocking that we have two states with similar populations, where one sees citizens dropping like flies and another has barely been hit and yet it is the state that has been devastated where the governor is more popular.

Conservative pundit Ben Shapiro said it best in a tweet this week.

“If you doubt the power of the press, recognize that Gov. Ron DeSantis handled covid-19 in Florida in excellent fashion, while Gov. Andrew Cuomo handled it nearly as badly as humanly possible, yet DeSantis has dropped in polls and Cuomo is at the height of popularity,” he wrote.

If you doubt the power of the press, recognize that Gov. Ron DeSantis handled covid-19 in Florida in excellent fashion, while Gov. Andrew Cuomo handled it nearly as badly as humanly possible, yet DeSantis has dropped in polls and Cuomo is at the height of popularity.

That is the power of the press.

While there could be other factors influencing the two governors’ poll numbers, the picture the media paints of a person does a great deal to influence his public perception.

With his frequent appearances on his brother Chris Cuomo’s primetime CNN show where the duo banter and quip to his daily press briefings carried by major news networks, Cuomo is painted as a hero fighting against the Trump administration, who are depicted as evil, bumbling and uncaring.

And when people get the majority of their information from the mainstream media, that portrait counts for a ton.