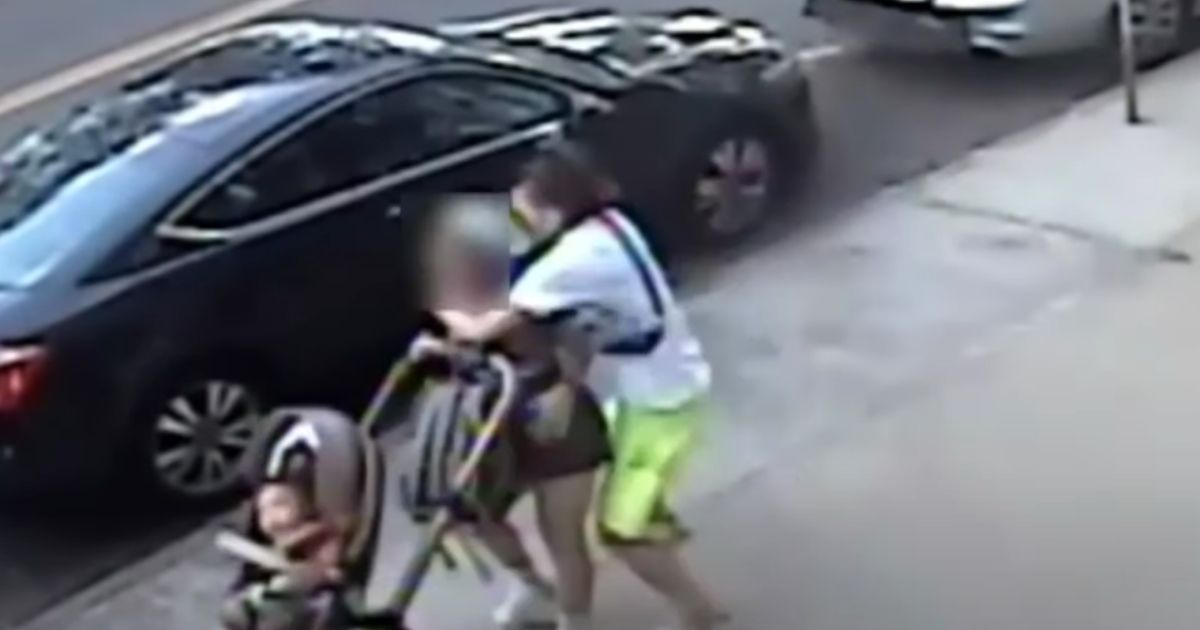 He and the city council transferred the money to bloated education and human services bureaucracies.

As a result, criminals in the nation’s largest city are increasingly acting without fear of consequences. Violent men and women now are seen in broad daylight brazenly attacking victims.

On Tuesday, security cameras caught a brutal Bronx incident in which a man attacked a 21-year-old woman — allegedly his ex-girlfriend — placed her in a chokehold and stabbed her repeatedly. As he assaulted her, he knocked her infant child in a stroller onto the pavement.

WARNING: The following video contains graphic violence that some viewers will find offensive.

WNYW-TV, the Fox affiliate in New York City, reports, “The horrifying incident on Tuesday at about 7:11 p.m. was captured on security video.”

“EMS responded to the scene on Sedgwick Avenue and transported both the victim and the infant to Saint Barnabas Hospital, where they were listed in stable condition.”

Is Bill de Blasio the worst mayor New York City has ever had?

Police are looking for the suspect, Carlos Gonzales, 25, of Manhattan.

This disturbing incident is one of many recent shocking attacks caught on camera.

Footage of violence in the city has included assaults on police officers on the Brooklyn Bridge — with one officer suffering a fractured eye socket — and a recording of a man knocking a 92-year-old woman down on the sidewalk.

WARNING: The following videos contain graphic violence that some viewers will find offensive.

This is not peaceful protest, this will not be tolerated. pic.twitter.com/cYuDX8G7ku

As the “defund the police” movement picks up steam in Democratic-controlled cities, innocent mothers and children have been victims.

They are the collateral damage of a radical movement determined to sow chaos in American cities. Working class and poorer communities that can’t afford private security are suffering the most because of this movement.

In fact, residents of communities such as East Harlem have called the idea of defunding the police “suicide.”

The Police Benevolent Association of the City of New York described it best in a tweet showing a typical night in Harlem when law enforcement’s hands are tied.

“This is what a “light touch” looks like: Police officers responding to a shots fired job in Harlem last night were met with this. @NYCMayor, @NYCSpeakerCojo and company should be held responsible for surrendering our city.”

This is what a “light touch” looks like: Police officers responding to a shots fired job in Harlem last night were met with this. @NYCMayor, @NYCSpeakerCojo and company should be held responsible for surrendering our city. pic.twitter.com/R64BYTUhvY

The New York mayor and city council have surrendered their city indeed. And young men such as the one in the Bronx are taking advantage of that political negligence.

New York City no longer is safe for families with children.