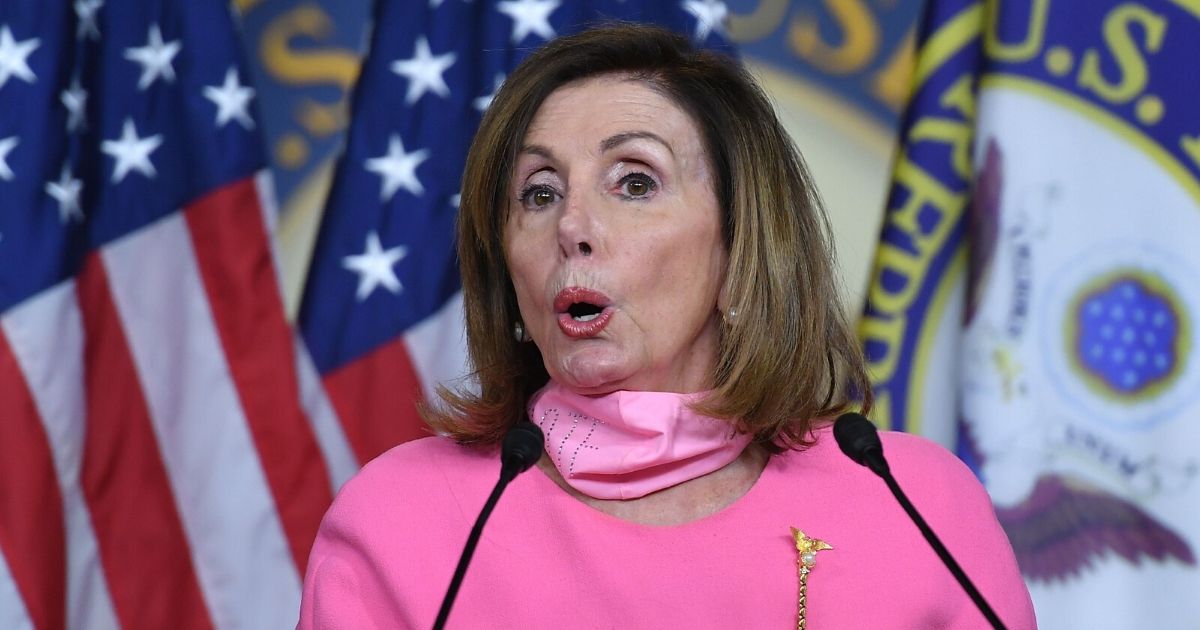 Democrats who’ve spent the past month salivating as mobs attacked symbols of American history might want to think about the rocks heading for their own glass house.

As much as hypocrites like House Speaker Nancy Pelosi won’t face it, their own party’s legacy of “systemic racism” – the literal kind that includes brutal slavery and Jim Crow segregation – makes it a prime candidate for the kind of ahistorical purge they’re cheering on.

And a resolution Monday night by the Republican Party of Connecticut’s central committee is calling them on it.

The resolution came the same day that a Christopher Columbus statue in the Nutmeg State’s capital of Hartford was removed because, according to The Associated Press, critics portrayed him as a “as a symbol of white supremacy.”

But as the Connecticut GOP’s resolution made abundantly clear, as symbols of white supremacy go, Columbus had nothing on the American Democratic Party.

In a long and historically accurate recitation, the resolution noted that it was the Democratic Party that:

“If we are to hold Christopher Columbus accountable for over 500 years after the fact, it’s our duty and our moral obligation to hold the Democratic Party accountable,‘’ state Republican Party Chairman  J.R. Romano said during a Zoom call Monday morning, according to the Hartford Courant.

Do you think the “Democratic Party” name is tarnished by its association with slavery?

As conservative radio host and author Mark Levin pointed out during a June 11 broadcast, the Democratic Party is practically synonymous with the oppression of blacks in the United States.

“If we are to purge all vestiges of slavery and racism, it seems to me the most obvious target must be the Democrat Party. It stood for slavery and segregation and birthed the KKK,” he said.

“Any sporadically redeeming policies of the more recent past are of no relevance. It’s in that party’s DNA, as they say.”

Even into the 21st century, Levin noted, Democrats held a place of reference for the now-late Sen. Robert C. Byrd of West Virginia, a former Ku Klux Klansman who held the post of “Exalted Cyclops” in the racist group before he left it in the late 1940s.

It’s true that by the time of his death in 2010, Byrd had renounced his Klan past. But considering the civil rights revolution in American society that had taken place over the preceeding 50 years – a revolution he had fought along with the rest of his party in its first decades, it’s unlikely Byrd would have served in the Senate for decades if he hadn’t outwardly changed his tune.

In short, his conversion — whatever its sincerity — was remarkably useful to his political career.

The current Democratic Party, which had good reason to worry at the start of this year about the possibility it might not amass its usual huge majority of black voters to try to unseat President Donald Trump in November, is in a similar situation with its pandering submissiveness to the Black Lives Matter movement.

In a remarkable public relations sleight of hand, abetted by a sympathetic mainstream media, the party that truly represents centuries of literal “systemic racism” – racism written into law and enforced with the lash – has managed to cast its political opponents – the party literally founded on abolishing slavery – as the enemies of equality.

And all of this without a blemish to the “Democratic Party” brand.

That’s what makes the Connecticut GOP’s resolution so in-your-face newsworthy. It’s about time the party that preaches so loudly about the United States’ failure to live up to the lofty ideals of the founding gets called to account for its own past.

The idea had plenty of support on social media.

The Party of Slavery, KKK, Jim Crow and Segregation should change their name.. Retweet and Pass it On!

History is carved in stone and the Democratic Party IS the party of the KKK, slavery, racism, Jim Crow Laws, lynch mobs, segregation, anti-Civil Rights, Emmett Till, cross-burnings, etc., etc. The Republican Party was founded to end the Democrat’s slavery.https://t.co/bBgqAxKsgt

It got some jokes, too.

From henceforth they will be known as the CHOP party

And this one had some reminders that the Democratic Party’s sins are far from confined to the past.

Democrats have controlled the nation’s largest cities for decades, and the results of their misrule are apparent for anyone to see.

Inner-city public schools are the creatures of Democrat-supporting teachers’ unions, and disasters for educating students – many, sometimes most, of them black.

Unwed motherhood, a virtual guarantee of poverty, as a Heritage Foundation report noted in 2012, is rampant in the black community after decades of Democratic government programs. (According to a Center for Immigration Studies report in 2017, an astounding 77 percent of American black babies were born to single women).

Even Democratic claims about being concerned about “police brutality” ring hollow in the knowledge that the police departments where incidents take place are almost always run by Democratic officials (who infuriate police with their backstabbing).

None of that is important to Democrats — and they hope none of it is important to voters. As recently as the 1970s, then-Sen. Joe Biden, the former vice president who’s amassed enough votes to secure the party’s presidential nomination against Trump in November, was working with openly segregationist Democrats in the Senate to advance his own career.

If summer 2020 is a time when progressives are going to demand the country answer for its past problems, it’s well past time for Democrats to start answering for their own hypocrisy.

And they could start by dropping a name that’s been irredeemably disgraced.

The mobs on the streets have been hitting symbols of America’s past while Democrats cheered.

One of these days, those same mobs might get around to the Democrats’ disgraceful past too, as well as the party’s disgraceful present.

As the rampant looting that followed the protests over the death of George Floyd in Minneapolis showed, glass houses don’t stand up to riots very well.