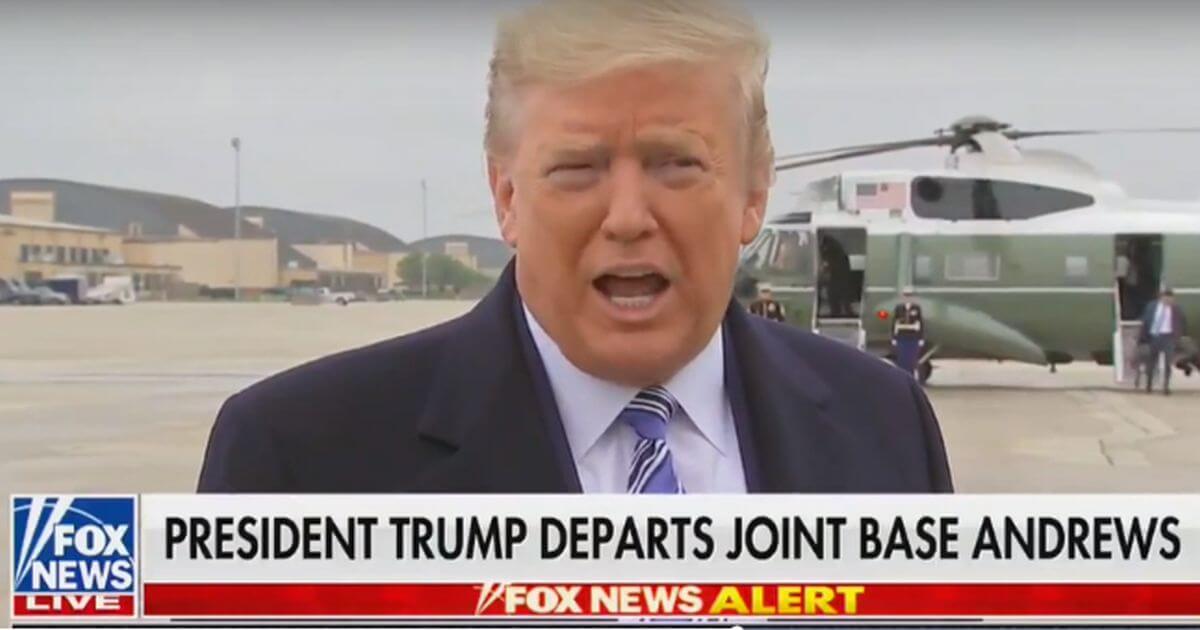 During a brief presser President Trump seemed open to the idea of quarantining certain coronavirus hot spots around the country, specifically New York, Connecticut, and parts of New Jersey.

The president shared his thoughts with reporters at Joint Base Andrews before boarding a helicopter to see off the hospital ship USNS Comfort.

“We will make a decision, very quickly, very shortly” on “hot areas” of those states,” the President said.

“We’ll be announcing that one way or the other, fairly soon. This does not apply to people, such as truckers, from outside the New York area.”

The president then added this “won’t affect trade in any way.”

Once he arrived in Norfolk, Virginia he addressed USNS Comfort crew members and others and said we are now at war with an “invisible enemy” and the full resources of the federal government are being brought to bear on the problem.

“As we gather today, our country is at war with an invisible enemy. We are marshaling the full power of the American nation, economic, scientific, medical and military, to vanquish the virus and we will do that,” the President said.

The president then listed what has already been accomplished, mainly that FEMA has shipped millions of N95 masks, surgical gowns, face shields and ventilators.

“You have them in not only New York, but in California and Illinois. We’ll be adding some to other states also. I’ve empowered our nation’s governors with the resources to call up the National Guard and authorized the activation of ready reserves. Two big words, ready reserves.”

“FEMA has shipped or delivered 11.6 million N95 respirators, 26 million surgical masks, 5.2 million face shields, and a lot are being made of all of the things I just named right now. We have millions and millions of new medical items being made as we speak and purchased. 4.3 million surgical gowns. 22 million gloves and 8,100 ventilators. We have moved rapidly to mobilize every instrument of American power.”

He then talked about what is being done to increase the supply of needed ventilators.

“In the next 100 days, America will make or acquire three times more ventilators than we do in an entire year. We are so geared up. At Boeing, Ford, Honeywell, 3M, Hanes and other great American companies, factory floors and manufacturing lines are being converted to produce the respirators, protective masks, face shields and other vital equipment and those companies have been amazing.”

“And Boeing is giving us their cargo moving planes, the biggest cargo movers anywhere in the world and we’re going to be using them to ship certain types of equipment to various states.”

The president then said we will win this war with as little death as possible.

Thank God Donald Trump is president right now, and not Hillary Clinton, Joe Biden or any Democrat or professional politician.