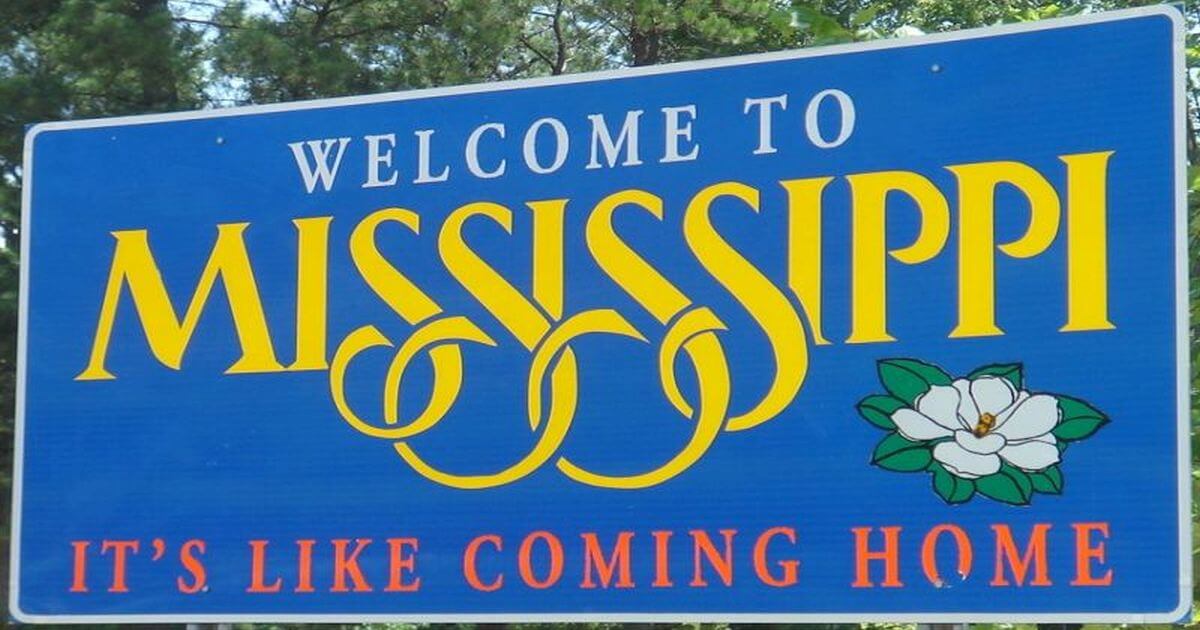 Maybe elected officials in Mississippi thought that the far left would leave them alone after they agreed to remove the Confederate emblem from their state flag. However, as the state gets ready to unveil a new flag, the opposite has happened.

House Bill 1796, passed last month, requires that the state flag “not include the design of the Confederate battle flag” but says it must include “In God We Trust.”

The fact that Mississippi would want to include that phrase on its state flag should not come as a surprise. After all, polling has shown that the Magnolia State is the most religious in the nation. It’s only natural that the state’s flag would reflect the values of its residents.

But the idea of the phrase “In God We Trust” appearing on the state flag horrified the Satanic Temple, whose legal representatives, the Randazza Legal Group, sent a letter to Mississippi Attorney General Lynn Fitch on June 29.

According to the letter, “Removing one divisive symbol of exclusion only to replace it with a divisive phrase of exclusion does not eliminate exclusion.”

Satanic Temple Letter by The Western Journal on Scribd

The Satanic Temple had an alternative suggestion for the new Mississippi state flag.

“My client would like to suggest that if Mississippi is going to place a religious phrase on its flag, it should include [a] reference to Satan,” the letter said.

If that wouldn’t constitute a “symbol of exclusion” in a deeply religious state like Mississippi, nothing would.

The Satanic Temple vowed legal action if Mississippi included the phrase “In God We Trust” on the state flag.

Based on how quickly the state capitulated to Black Lives Matter protesters who demanded the removal of the Confederate emblem, the Satanists might have reason to think their threats will have the same level of success.

The Satanic Temple has proven that it has no problem with “symbols of exclusion.” The group put up a goat-headed statue next to a Ten Commandments monument at the Arkansas State Capitol.

Hopefully, any lawsuit against Mississippi’s new proposed state flag will have the same result. Mississippi politicians should realize by now that the far left will stop at nothing to prevent them from enacting laws that reflect the values of the state’s voters.

In early 2019, Mississippi stood up for the rights of unborn babies by enacting a “heartbeat bill” that would ban abortions after a fetal heartbeat can be detected. As the bill’s passage came closer to becoming a reality, the pro-abortion Center for Reproductive Rights announced its intention to challenge the law.

Last November, a federal judge struck down Mississippi’s 15-week ban, calling the law “unequivocally” unconstitutional. Now, the state is pushing an even more extreme measure, a 6-week abortion ban, in an attempt to eliminate abortion access in the state entirely.

Yet, the threat of legal action did not stop Mississippi legislators from passing the bill to protect the unborn. Although a challenge was filed and courts have blocked the legislation, the lawmakers did the right thing on behalf of those they represent.

Mississippi’s elected officials must maintain the same resolve as the Satanic Temple turns up the heat in an effort to stop the phrase “In God We Trust” from appearing on the new state flag.

Regardless of what happens with the flag, it is clear that the far left has absolutely no intention of surrendering in the ongoing culture war. Politicians on the other side of the aisle should keep in mind that when you give the far left an inch, they will always demand a mile.

If conservatives want to win the culture war, they must have the strength to resist demands from mobs, celebrities and anyone else to wave the white flag. Otherwise, the assault on conservative and religious values will continue for the foreseeable future.