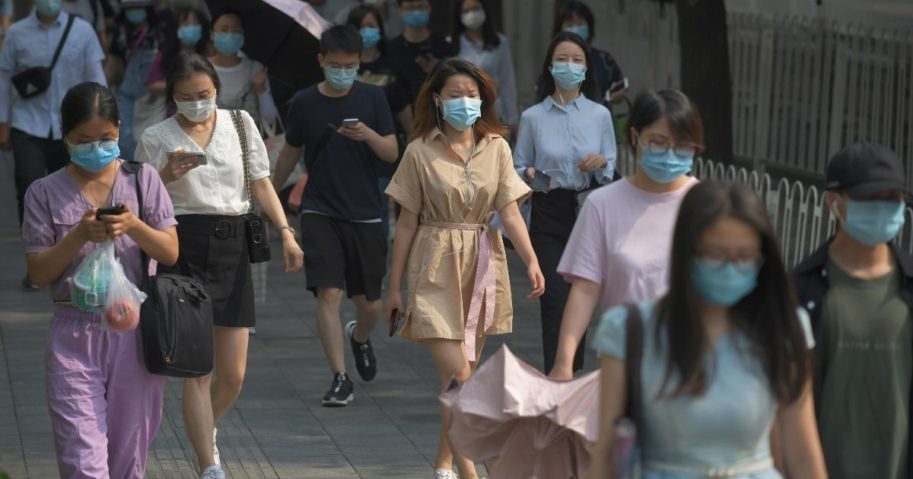 Scientists are warning about a new strain of the H1N1 swine flu virus that has been spreading silently on pig farms in China and that they say should be “urgently” controlled to avoid another worldwide pandemic.

H1N1 spread around the world in 2009 and killed about 285,000 people before morphing into seasonal flu, The New York Times reported.

In a study published Monday in the journal Proceedings of the National Academy of Sciences, scientists say the newer strain, G4 EA H1N1, has been common on China’s pig farms since 2016.

Although some people have become infected by the virus without getting  disease, scientists fear that could change.

“G4 viruses have all the essential hallmarks of a candidate pandemic virus,” the study reads.

“Controlling the prevailing G4 EA H1N1 viruses in pigs and close monitoring in human populations, especially the workers in swine industry, should be urgently implemented.”

For the study, researchers monitored pigs in 10 Chinese provinces from 2011 to 2018.

Are you worried about a new virus emerging from China?

Dr. Anthony Fauci, director of the National Institute of Allergy and Infectious Diseases, said Tuesday that the United States needs to be watching this new strain emerging in China.

Fauci was asked about the new strain of the virus and the study at a Senate Health, Education, Labor and Pensions Committee hearing, Fox News reported.

He said the new virus has characteristics of the 2009 H1N1 virus and “segments from other hosts like swine.”

“When they all mix up together and contain some of the elements that might make it susceptible to being transmitted to humans, you always have the possibility that you might have another swine flu-type outbreak as we had in 2009,” Fauci said.

“It’s something that’s still in the stage of examination, it’s not so-called an immediate threat where you’re seeing infections, but it’s something we need to keep our eye on just the way we did in 2009 with the emergence of the swine flu.”

RELATED: Supreme Court Deals a Blow to Pro-Life Movement by Striking Down Law

The H1N1 virus was first detected in the United States in the spring of 2009, according to the Centers for Disease Control and Prevention.