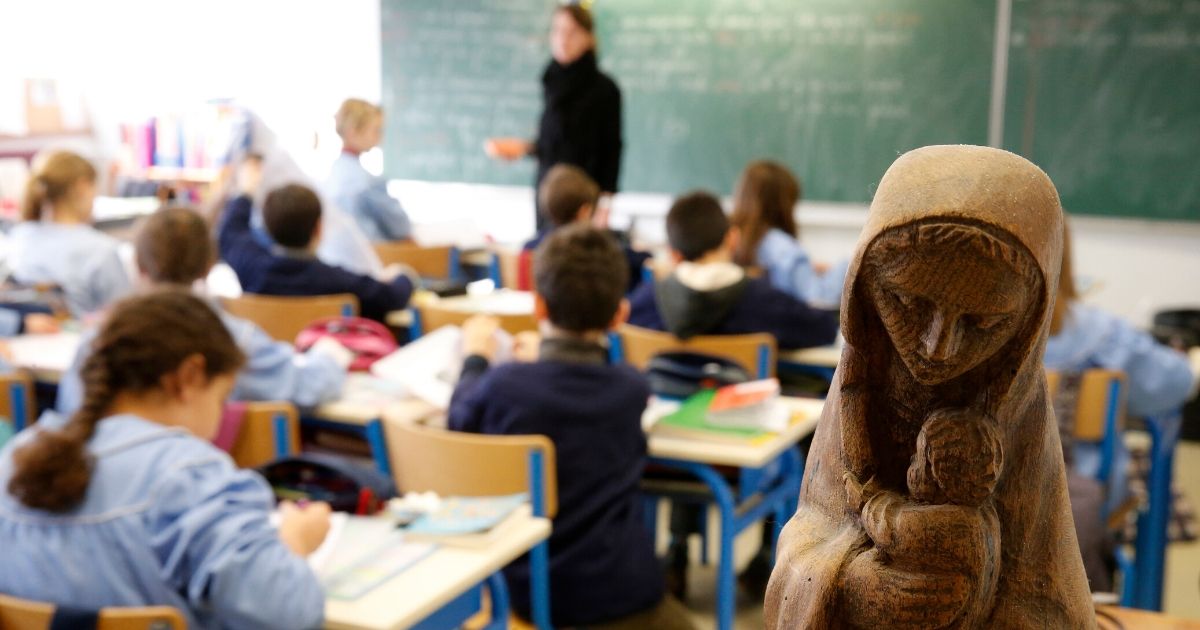 The U.S. Supreme Court ruled on Tuesday that religious schools could not be excluded from a taxpayer-funded Montana state scholarship program.

Chief Justice John Roberts authored the 5-4 ruling that supported an initiative passed in 2015 allowing Montanans to receive a $150 tax credit for donating to scholarship programs to help families, often those with low income, give their children a private-school education.

“A State need not subsidize private education. But once a State decides to do so, it cannot disqualify some private schools solely because they are religious,” Roberts wrote.

The scholarship amounts vary, but can equal part or all of the cost of a full year of tuition at the private school of the recipient’s choice.

After the legislation was put into place, the Montana Department of Revenue enacted an administrative rule that kept recipients from using the scholarships at religious schools, according to the Supreme Court petition.

The case was accepted by the high court after the Montana Supreme Court ordered the program to be ended in 2018.

In a May interview with The Western Journal, David Hodges, a co-counsel on the Espinoza case, said the issue is parental choice.

“This case is about whether the religion clauses [like those found in Blaine amendments] … can invalidate generally available and religiously neutral student aid programs, just because the program gave the choice of attending a religious school,” Hodges said.

Do you consider this a big win for school choice?

Blaine amendments were put in place in states starting in the late 1800s, after a drive led by then-Rep. James Blaine of Maine to amend the Constitution to prohibit the use of public money to fund private education fell short.

Kendra Espinoza, a lead plaintiff in the case, said she felt they were being excluded “because we are people of religious background, or because our children want to go to a religious school,” Fox News reported.

“We’re here to stand up for our rights as people of faith to have the same opportunities that a secular schoolchild would have,” she said.

In Tuesday’s ruling, Roberts said the program did not violate the U.S. Constitution.

“We have repeatedly held that the Establishment Clause is not offended when religious observers and organizations benefit from neutral government programs,” the ruling read.

Roberts added that the Montana Supreme Court erred in its ruling by failing to recognize that the “no-aid” clause violated the First Amendment and the state’s Fourteenth Amendment.

“When the Court was called upon to apply a state law no-aid provision to exclude religious schools from the program, it was obligated by the Federal Constitution to reject the invitation,” Roberts wrote.

The other four justices wrote three different dissenting opinions on the ruling, according to Fox News.