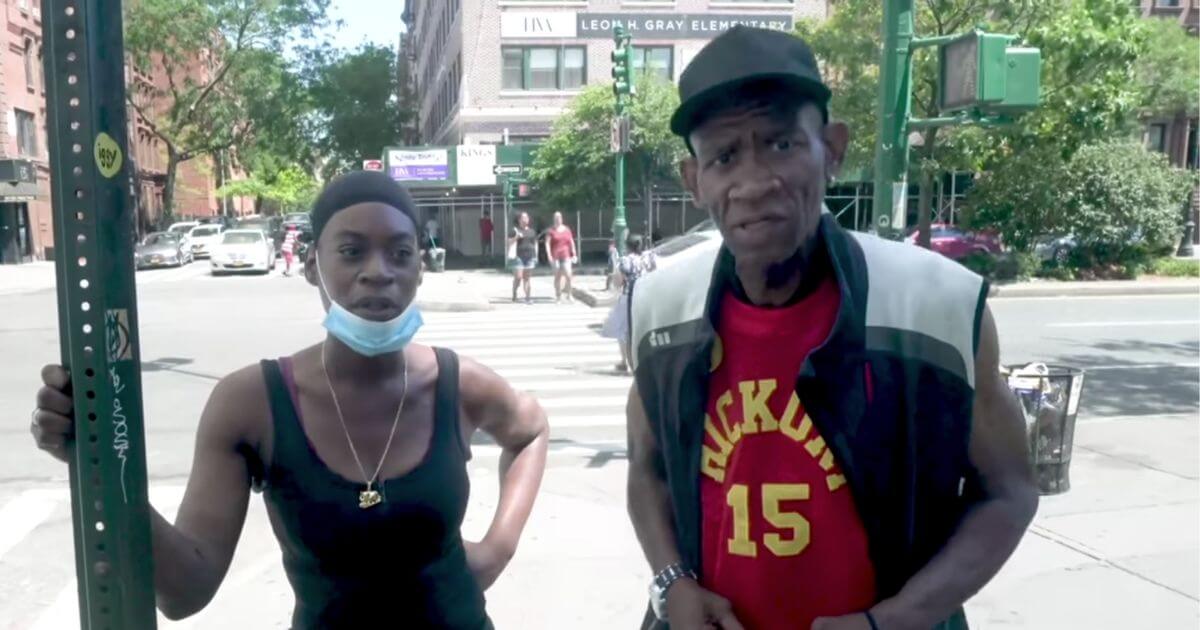 The left loves to say black lives matter. But they only seem to care about black lives when it is politically convenient.

White liberals, in particular, like to imagine that they speak on behalf of the black community, as The Babylon Bee hilariously parodied with the headline “New Program Helps People Of Color Adopt A White Liberal To Speak On Their Behalf.”

Ami Horowitz, a documentary filmmaker and director of Fox News’ “Ami on the Streets,” decided to ask white liberals in New York City what they thought of the idea of abolishing the police. He then asked black residents of East Harlem for their opinions on the matter. His video of the two groups’ answers shows striking differences.

TRENDING: Brutal Cartoon Compares Trump Versus The Democrats on Dealing With Riots and Protests

“Policing in this country is about keeping black people down.”

Horowitz asked one white man who hated the police how he thought people in East Harlem felt about police officers. The man replied, “Probably the same way I feel about them, you know? Probably worse.”

Then Horowitz interviewed East Harlem residents. Here is what they thought of white leftists’ opinions on abolishing police:

“I think they’re full of crap.”

“I think they’re being somewhat ignorant.”

“Abolishing the NYPD? That would be suicide.”

One East Harlem resident spoke of how his 8-year-old son wants to be a police officer and he was encouraging him. Another black resident mentioned she had relatives who were police officers and she respected them.

Instead, Democrats have rejected police reform efforts like the one introduced by Republican Sen. Tim Scott of South Carolina. At the same time, white leftists are busy being caught on camera lecturing black police officers about racism or just screaming in black officers’ faces.

In fact, a Pew Research Center study found that only one in six protesters are black and 46 percent are white. A recent YouGov/HuffPost poll also found 49 percent of black Americans “somewhat oppose” or “strongly oppose” defunding the police. Only 29 percent supported the measure.

Among respondents of all races, 45 percent strongly oppose defunding the police.

Shootings in New York City have already surged this month since the police department disbanded its plainclothes anti-crime unit.

Yet despite all this evidence of likely disaster, the Minneapolis City Council just unanimously approved a measure to abolish the city’s police department.

The Marxist-inspired defund the police movement may claim to speak on behalf of black Americans, but black Americans can speak for themselves. And the majority want to keep police in their communities.