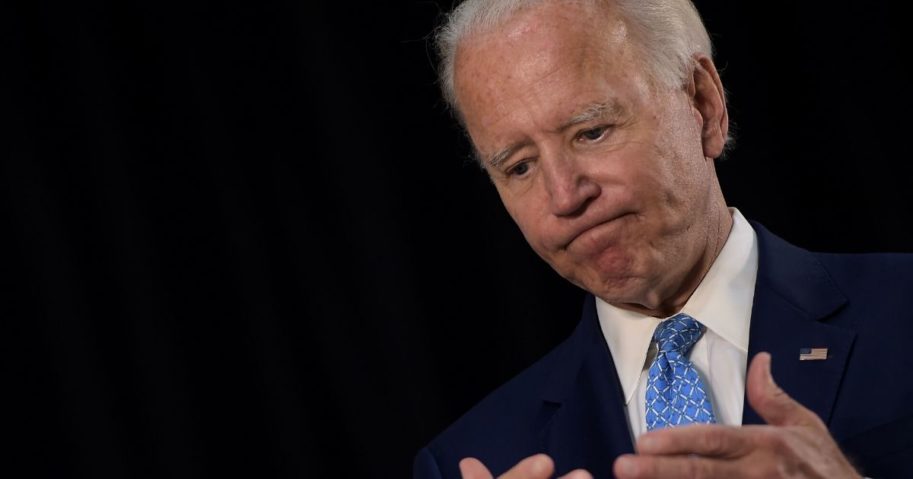 In nationwide polls, the president trails Biden by an average of almost 10 points, with recent polls showing spreads as high as 14 percent.

Trump has also fallen behind in critical swing states including Pennsylvania, Michigan and Wisconsin, which he won by a combined total of only 77,000 votes in 2016.

Some Republican Senators have been quick to invoke similar polls from 2016, which gave Democratic candidate Hillary Clinton consistent leads over Trump.

“I think they’re in all likelihood under-reporting support for the president. That’s what we saw in 2016,” Texas Sen. John Cornyn said.

Polls in Texas show Trump and Biden in a dead heat.

Iowa Sen. Chuck Grassley echoed Cornyn’s sentiment: “Because of previous years’ polling being wrong, I think it’s legitimate to question. I don’t know whether they’re accurate or not.”

While Trump won Iowa by nine points in 2016, a recent Des Moines Register poll shows him leading Biden by one point in that state.

Trump himself has also been critical of recent polls.

Sorry to inform the Do Nothing Democrats, but I am getting VERY GOOD internal Polling Numbers. Just like 2016, the @nytimes Polls are Fake! The @FoxNews Polls are a JOKE! Do you think they will apologize to me & their subscribers AGAIN when I WIN? People want LAW, ORDER & SAFETY!

Other Republicans said that the race would likely get closer as election day approaches.

“No one is going to win a U.S. presidential election by 14 points,” Florida Sen. Marco Rubio said, referencing the recent New York Times-Sienna College poll that gave Biden a 50-36 advantage over the president.

Do you think polls are under-reporting support for Trump?

Though some Republicans discount many of the recent polls, others have worried that Trump’s decline in polls will affect other down-ballot races, especially if voters are less likely to split their tickets as they did in the 2018 midterm elections.

Rubio noted that efforts to try and change Trump’s campaign strategy, however, are largely pointless.

“I think Donald Trump is going to run like Donald Trump. He hasn’t really changed much since that summer when he came down the escalator and I don’t anticipate he’s going to change now,” Rubio said.

Content created by The Daily Caller News Foundation is available without charge to any eligible news publisher that can provide a large audience. For licensing opportunities of their original content, please contact licensing@dailycallernewsfoundation.org.