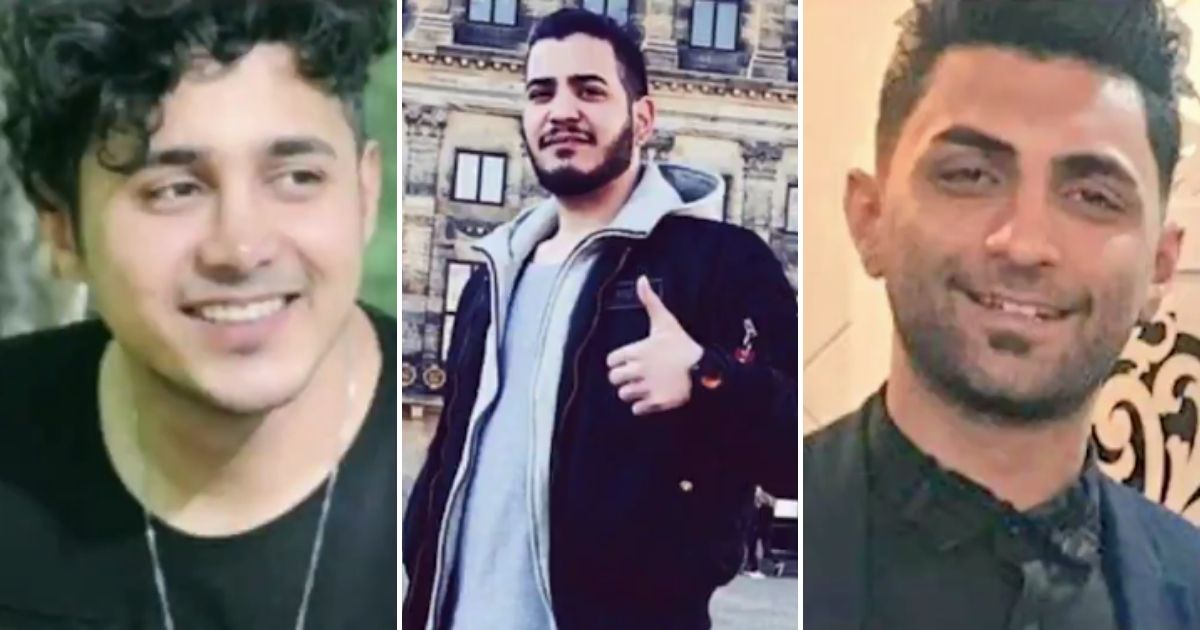 President Donald Trump on Wednesday joined the Iranian people and protesters around the world in urging Iran’s regime not to execute three men for their role in anti-government protests in November.

Media accounts on Thursday indicated the sentences might be reconsidered.

“Three individuals were sentenced to death in Iran for participating in protests,” Trump tweeted.

“The execution is expected momentarily. Executing these three people sends a terrible signal to the world and should not be done!#StopExecutionsInIran.”

Three individuals were sentenced to death in Iran for participating in protests. The execution is expected momentarily. Executing these three people sends a terrible signal to the world and should not be done! #StopExecutionsInIran

The social media outpouring was so great that “the most-tweeted hashtag within Iran was #DontExecute in Persian” by midday Tuesday, according to The New York Times.

Radio Farda, the Iranian branch of the Radio Free Europe/Radio Liberty broadcast news service, which is funded by the U.S. government, reported that the hashtag was used globally for more than 7 million tweets.

Do you think U.S. government should get involved in ensuring that these men are not executed?

“I’ve never seen a hashtag with this level of participation from Iranians everywhere,” Amir Rashidi, a digital researcher, told The Times.

Some sent their messages in English for the world to read:

People have been standing up against injustice across the world. This is the outcome for 3 young men that chose to stand up against the corruption and tyranny that has taken over Iran. There is no end to brutality and killing with the Islamic Republic. #DontExecute #اعدام_نکنید pic.twitter.com/LoTXdf0epi

They are our sons,
our brothers#dontexecute

Amirhossein Moradi, 25, Saeed Tamjidi, 27, and Mohammad Rajabi, 27, were charged for participating in protests that involved thousands of Iranians in November.

The U.S. has estimated that 1,500 protesters were killed, according to Fox News. More than 7,000 people were arrested.

The three men were charged with “participation in vandalism and arson with the intent to confront and engage in war with the Islamic Republic of Iran.”

On Tuesday, the Iranian judiciary announced that the men would face execution, as the Supreme Court had upheld their sentences.

Amnesty International condemned the death sentences in a statement on its website.

Iran’s @khamenei_ir must quash the death sentences of protesters—Amirhossein Moradi, Saeed Tamjidi & Mohammad Rajabi—immediately! Their trial was unfair & they said they were subjected to torture through beatings, electric shocks and being hung upside down. #اعدام_نکنید pic.twitter.com/aY1AHaHLhO

“Iran’s increasing use of the death penalty as a political weapon for repression is alarming and warrants the immediate attention of the international community. Without urgent diplomatic and public action, more lives in Iran are at risk of being cut short by the state’s execution machine,” said Diana Eltahawy, the group’s deputy regional director for the Middle East and North Africa.

Iran’s judiciary said Wednesday it would review the sentences if those sentenced to die requested that it do so, according to the BBC.

“Lawyers for the three men also were reportedly told that they could for the first time examine the court papers and evidence against their clients,” the outlet reported Thursday

Defense lawyers were quoted by Iranian media as saying a request to avert the death sentences has been submitted, the U.S. government-funded Voice of America reported.

Protests over the sentences broke out as well:

Protests broke out in #Shiraz and #Behbahan in #Iran aginst the death penalty tonight. Heavy police presence in Tehran. https://t.co/HrHBCfGDHo

One commentator said imposition of the death sentences is linked to the regime’s insecurity.

“The society is boiling, so they are increasing the number of executions,” said Roya Boroumand, executive director of the Abdorrahman Boroumand Center, which supports human rights in Iran.

She told The Times that the government is trying to send a message: “Remember we can kill.”