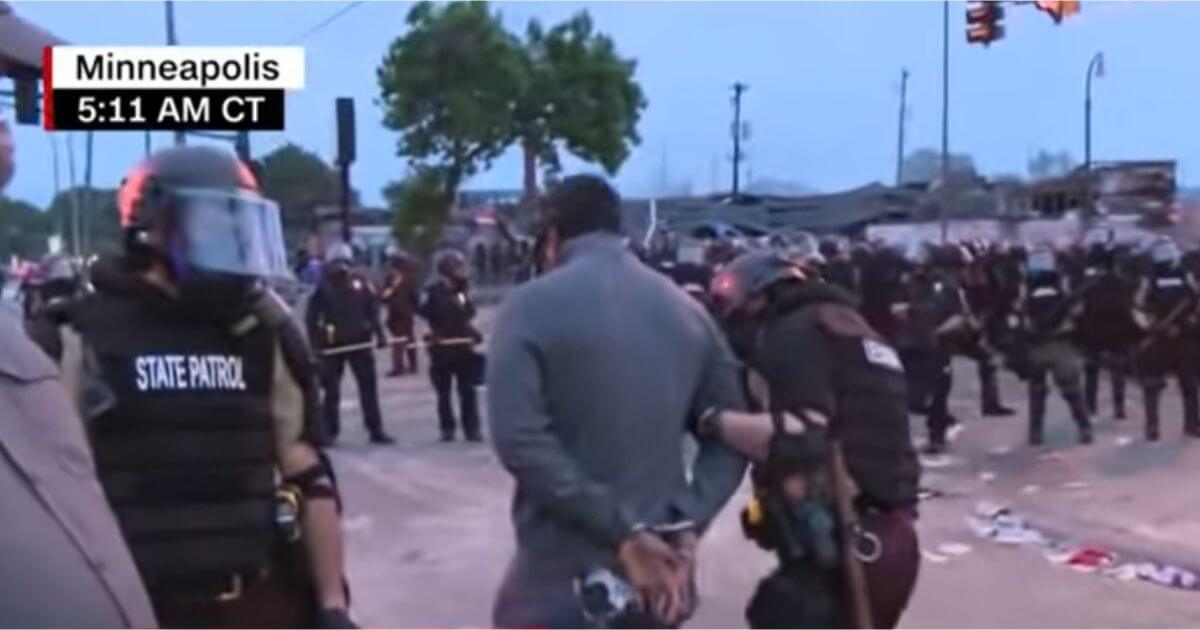 Due to the recent actions of police officers arrested following the death of George Floyd in Minneapolis, the University of Minnesota will no longer have any Minneapolis Police Department officers at its events.

University of Minnesota President Joan Gabel sent out a letter Wednesday declaring that the university would no longer associate with the Minneapolis PD and issued “demands for accountability and justice.”

The controversial case garnered national attention after a cellphone video was released showing a handcuffed Floyd cry out “I can’t breathe” while an officer knelt on his neck. Floyd died later that day.

Gabel wrote that the university’s police would only call upon the MPD for joint patrols and certain investigations.

“Our hearts are broken after watching the appalling video capturing the actions of Minneapolis Police Department (MPD) officers against George Floyd leading to his tragic death,” Gabel wrote in the letter.

TRENDING: Trump Strikes Back: US to Cancel Visas for Thousands of Chinese Grad Students with Ties to Chinese Military

The university president went on to announce two changes the school would be making regarding its relationship with the MPD.

“First, I have directed Senior Vice President Brian Burnett to no longer contract with the Minneapolis Police Department for additional law enforcement support needed for large events such as football games, concerts, and ceremonies,” Gabel wrote.

“Second, I have directed University Police Chief Matt Clark to no longer use the Minneapolis Police Department when specialized services are needed for University events, such as K-9 Explosive detection units.”

Gabel also expressed sadness and outrage over Floyd’s death, sentiments she had also conveyed in a Twitter post on Tuesday.

I am deeply saddened and angered by the news of George Floyd’s death. My heart goes out to his family and to everyone who is feeling the pain of this loss. I stand united with the community in demanding accountability and justice.

“I am deeply saddened and angered by the news of George Floyd’s death. My heart goes out to his family and to everyone who is feeling the pain of this loss,” the university president tweeted.

“I stand united with the community in demanding accountability and justice.”

The police officer who knelt on Floyd’s beck, 44-year-old Derek Chauvin, was fired immediately following the incident along with three other officers.

On Wednesday, President Donald Trump called for the FBI and Department of Justice to look into the “very sad and tragic death” of Floyd.

….I have asked for this investigation to be expedited and greatly appreciate all of the work done by local law enforcement. My heart goes out to George’s family and friends. Justice will be served!

On Friday, Chauvin was charged with third-degree murder and manslaughter.

According to comments made by Hennepin County Attorney Mike Freeman on Friday, Chauvin may face even more charges in the next few days.